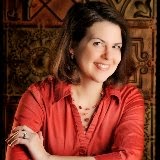 Please welcome Jocelyn Green to The Sword and Spirit. Jocelyn has generously offered to give away a copy of her new release, Spy of Richmond to one lucky commenter! Details at the bottom of the post.

I’m in my office, wearing flannel pajamas, slippers, and bathrobe. It’s 5:30am and I’ve been up since 3-something, thanks to our new cat we adopted just yesterday. He is so sweet, but became a little too active on our bed and I couldn’t get back to sleep.

Do your characters ever give you surprises when you are writing? Can you give us an example if they do and if they don’t, do you know why?

Yes! With Spy of Richmond, I worked on the hero’s backstory for weeks if not months, and he just did not capture my heart. I couldn’t even decide on a good name for him, which should have been a sign. Finally, somehow it hit me. He was not the hero. The real hero of Spy of Richmond was a character I had developed for a subplot in a previous novel. One I figured that out, everything came together much better.

Many writers will say they see stories all around them. Is there someplace you found this story?

Yes. I had been reading about the Richmond spymistress Elizabeth Van Lew. Several books have been written about her already, and while she is certainly fascinating, my imagination took flight when I considered the unnamed men and women taking the real risks to deliver the information to her. Sophie Kent represents one of those young women.

Do you have a favorite scene in this book and what would it be?

It’s hard to choose, but one favorite that comes to mind is when Harrison Caldwell arrives at Bella Jamison’s house to tell her he plans to infiltrate Richmond for a news story, and wants to deliver a letter from her to her husband who is imprisoned there while he’s at it. Bella insists on sacrificing her own freedom to join him on his errand for reasons I’ll let the reader discover on her own. But I remember that scene almost wrote itself. The energy between Harrison and Bella, their arguments, their eventual agreement… the characters really took that scene over.

Did anyone inspire you to write or was this something you always wanted to do?

I’ve always wanted to write, every since I could spell.

If you could be any character in any literary book who would you be and why?

Anne Shirley, of Anne of Green Gables. She has a beautiful island, vivid imagination, and she gets to marry Gilbert Blythe!

What is something that very few people know about you?

I am secretly haunted by the fact that I haven’t scrapbooked in five years.

What is your favorite material item that you own (examples: ipod, Gone with the Wind book, grandmother’s rocking chair)

My Kindle. I have so many books on it and can carry it with my anywhere!

What is your favorite time period to write in?

Well, so far, I’ve only written in the Civil War when it comes to fiction, but now I’m exploring several different centuries, all of which precede the 1860s.

Are you or any close family members in the characters personalities?

My husband has inspired certain qualities in different heroes I’ve written. In fact, one of the most highlighted passages in the Kindle version of Widow of Gettysburg is a speech from the hero during his proposal, and it is almost word for word a poem my husband had written for me before we were married. I also relate to Harrison, the reporter and hero of Spy of Richmond, since I was a journalist for years.

If you could live in any time period when and where would that be and why?

The Progressive Era—early 1900s. So much was changing and developing, and women were really breaking through their barriers at least on some levels. It must have been an exciting time to live!

If you could visit any place in the world where would you go and why?

I’ve been to several countries in Europe but I would love to go to Ireland and Scotland! The history is amazing, and so is the scenery.

If you could meet any person alive or dead who would that be and why? (excluding the Lord)

Nellie Bly. Born in 1864, she grew up to be a ground-breaking reporter, which was remarkable for a young women in those days. She launched a new kind of investigative journalism and wrote an exposé on the conditions inside an insane asylum, among other stories. She also traveled around the world without a chaperone in a record-breaking 72 days. Again, since I was trained as a journalist, Nellie’s story fascinates me.

What is the hardest part in writing a story?

The planning of it. All the details and characters have to interact just so, in the right timing, especially when working with historical events and figures. Once I have the outline, the writing part is easier.

What kinds of emotions go through you when you are writing such a strong and heart wrenching scene?

I feel so much empathy for my characters, that if they are terrified, I am almost shaking and literally feel sick to my stomach. If a character is grieving, I cry too. If a character is desperate and hopeless, I feel all of that. But then, when there is hope and joy, it’s even better for having walked through the valleys.

When writing, what is the part of the story you enjoy writing the most?

The epilogue. I just love showing that the characters really did make it, even beyond that happy ending at the close of the last true chapter. It’s a relief, especially after I put them all through so much hardships during the Civil War.

What is a typical working day for you? Where and when do you write? Do you set goals?

I try to write 1500-2000 words a day when I’m on a deadline. I usually do this at my desktop computer in my office, close to all my research materials. But sometimes I just grab a pen and a legal pad and head for my favorite chair. For some reason that gets me thinking from a different angle.

If you could have written any piece of literature in history, be it books, speech, poetry, what piece would you want to say Written By Authors Name here

Without hesitation: Les Miserables! I just adore that work. It’s so timeless, it applies to everyone in every generation. Victor Hugo really got at the human condition from so many angles. It’s an unparalleled masterpiece. 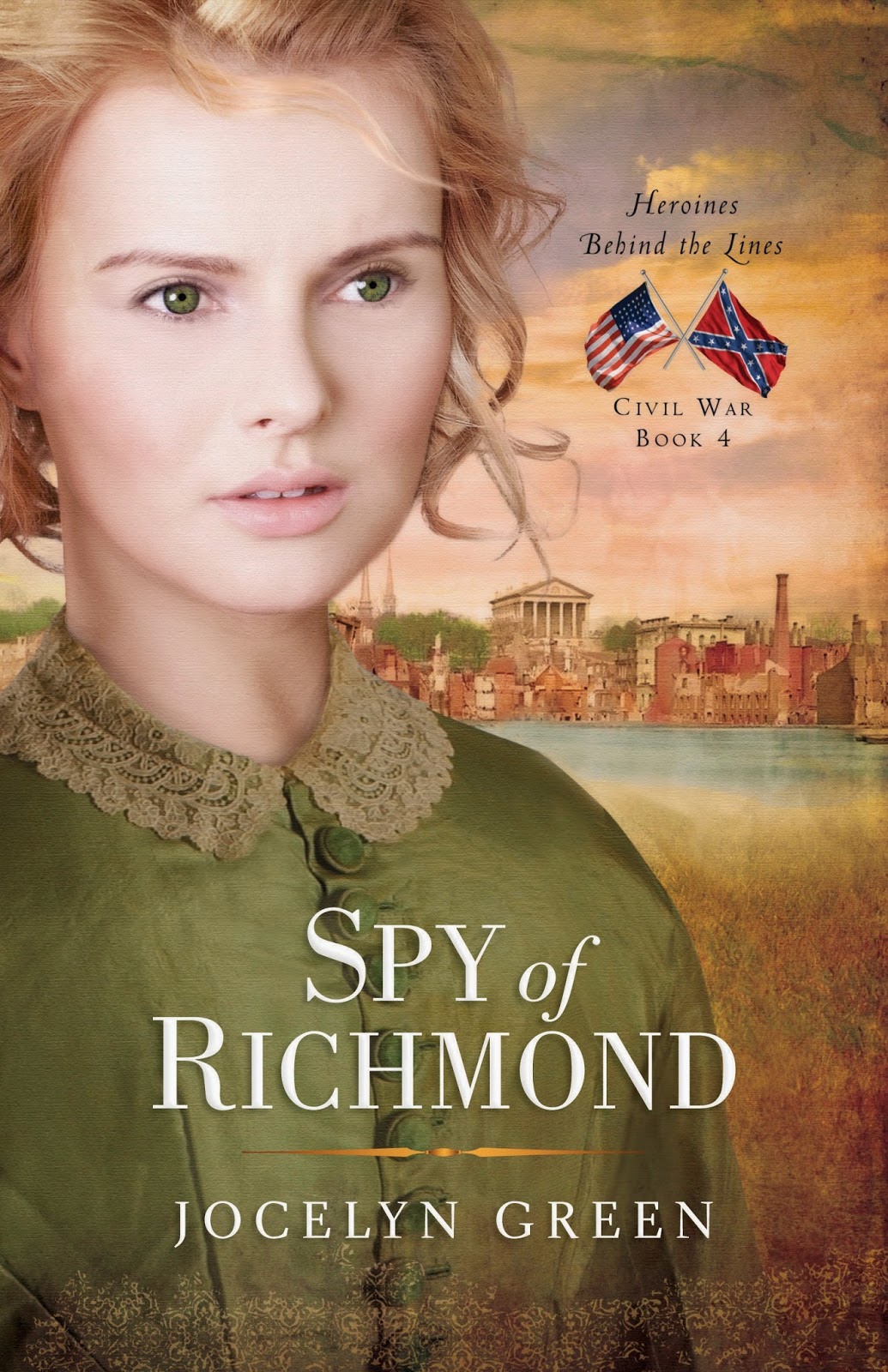 
Award-winning author Jocelyn Green inspires faith and courage in her readers through both fiction and nonfiction. A former military wife herself, she authored Faith Deployed: Daily Encouragement for Military Wives and co-authored The 5 Love Languages Military Edition with Dr. Gary Chapman. Her novels, inspired by real heroines on America’s home front, are marked by their historical integrity and gritty inspiration. The books in the Heroines Behind the Lines Civil War series have been honored with gold and silver medals from the Military Writers Society of America. Wedded to War was a Christy Award finalist in two categories. Her latest release is Spy of Richmond.

Jocelyn graduated from Taylor University in Upland, Indiana, with a B.A. in English, concentration in writing. She is an active member of the Christian Authors Network, the Advanced Writers and Speakers Association, American Christian Fiction Writers, and the Military Writers Society of America.

She loves Mexican food, Broadway musicals, Toblerone chocolate bars, the color red, and reading on her patio. Jocelyn lives with her husband Rob and two small children in Cedar Falls, Iowa. Visit her at www.jocelyngreen.com.

Leave a comment for Jocelyn to be entered to win Spy of Richmond. Winner will have the choice of paperback or ebook in the continental U.S. outside of that an ebook version. Good luck!