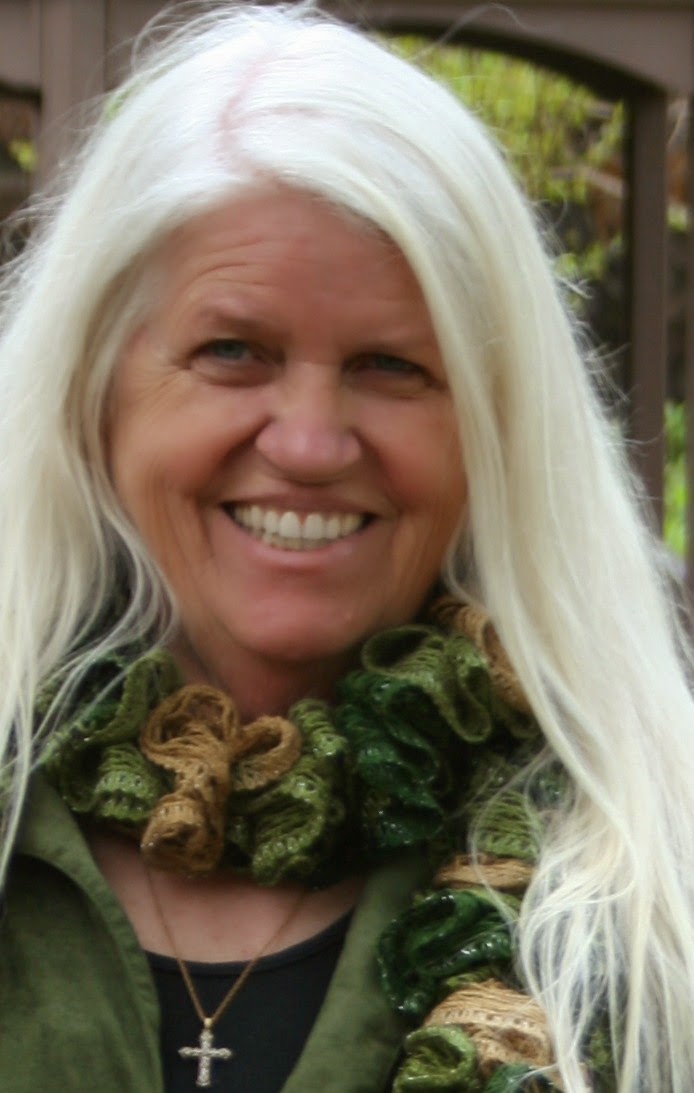 Please welcome Caryl to my blog this week. You are going to enjoy her answers! Caryl is giving away a copy of her book, Vow Unbroken. Be sure to leave a comment and let me know if you are a follower for an extra entry.


Ah ha ha ha ha! I’m sitting at my computer armoire which is in my bedroom J And I have on my comfy green T-nightshirt and my green fleece robe and my house shoes. Yesterday, 70 degrees, but today turned off cold in Texas! My eleven year old honey stayed home from school not feeling so good, so we just laid around all day, and I never got dressed, and you asked me such a question! J


What is the funniest, strangest, or most interesting thing you have learned when doing research?


My historical romance is set in Northeast Texas, except it was still Tejas in 1832. President Bustamonte of Mexico had issued a ban on any more white settlers coming into his country from the east! But the settlers fought against his presidios (lawmen), and they all went back south of the Rio Grande! With what’s going on today with so many people wanting to seal the borders, it struck me as funny how the tides have flip flopped!


What is something that very few people know about you?


I have false teeth, just the top ones! J Ah ha ha ha ha! Back in 2002 when we ran a wonderful stable – The River Bottom Ranch – the horses came in for dinner. We’d fill all the buckets then let them into the corral. They all new where they were supposed to go, but this one semi-new gelding went into the wrong stall which resulted in a scuffle. They didn’t mean to hurt me, but knocked me into the metal gate, face first. My front teeth were barely hanging on. The dentist said I might as well go ahead and get all my top teeth pulled, FOURTEEN! I still had them all. My mouth was hurting so bad so I just agreed. (I couldn’t think of anything else people didn’t know because I usually tell anything and everything J)


What is your favorite material item that you own (examples: ipod, Gone with the Wind book, grandmother’s rocking chair)


I like your questions, Debbie! They’re really fun! A picture that I bought at the Safeway Grocery store for Mama when I was 15 years old. It’s a cardboard print, but she loved it so much because I bought it for her with my own money and told me so through the years – how much it meant to her. She went to live in Heaven in August 1997, so I have that picture now hanging in my bedroom over my desk. That and a necklace she gave to me – gold Hebrew letters that say “I am my Beloved’s and He is mine.” I never take it off. My mother was an awesome lady! I was her only child for eight years, too!


If you could live in any time period other than the one we live in, past or future,  when and where would that be and why?


I would scoot forward in time to the millineum when Yashuah Ha Mashiach (Jesus the Messiah in ‘Hebrew’) is reigning over the earth from Jerusalem because more than ANYTHING, I long to be in His presence! We get to go see Him every year, and it will be a wonderful time of restoring the earth while Abba finally rests for His ‘Sabbath’ – the seventh day – the seventh ‘1000’ year period since creation! Adam to Abraham, 2000 years; Abraham to Jesus (Yashuah in Greek), 2000 years; Yashuah to now, almost 2000 years! (God’s time table is on the lunar calendar which is shorter than the sun calendar the pagan Romans put us on J)


If you were writing a book about your life what would the title be?


What one novel did you read that made you want to be a part of the story?


What is the biggest secret you ever kept (of course it can’t be a secret anymore)?


I have some secrets to be sure I’ve never told – because I gave my word. Now I profess to be a guardian of the Truth. I’ve taught my four children and now my grandsons (the four we’re rearing since 2002) there’s never a reason not to keep your word. So, though your questions are provocative, and though I’ve told you some crazy things answering them, I cannot tell you a secret I’ve already promised someone I wouldn’t. Now when anyone says, “Can you keep a secret?” I answer, “Yes, but I won’t hear it if I can’t tell Ron, (my high school sweetheart husband – we’ve been together since we were sixteen) He and I have no secrets between us.” They usually are fine with that because in general, he’s way tighter lipped than me.


What is the craziest thing you’ve ever done?


Agreed to be the director of our writers’ group’s 28th annual Writers’ Round-up Conference in April when my historical Christian romance VOW UNBROKEN debuts from Howard Books (does everyone know they’re a division of Simon and Schuster?) in March. I was thinking I could get all my work done early - - - that didn’t happen L Ah, well, what’s a lady to do? Put the launch of VOW UNBROKEN and the conference in His hands and do what I can when I can and trust He’ll take care of what NEEDS to be done that I can’t J


I’m so excited – the Lord gives me new songs, and one is titled ‘I’m Just So Excited’. Of that reminds me of a crazy thing I did (that director thing was really more stupid than crazy) – at the ACFW Conference last September. I’d asked God for a new song to go with the mid-grade I was pitching to Kim Childress at Zonderkidz. THIRTY minutes before my appointment, I’m sitting in a workshop and He gives me the song – the whole song. I ran out into the hall to sing it into my phone so I wouldn’t forget it, but I didn’t. I busted out in song and sang ‘Angels Unaware’ to Kim J. 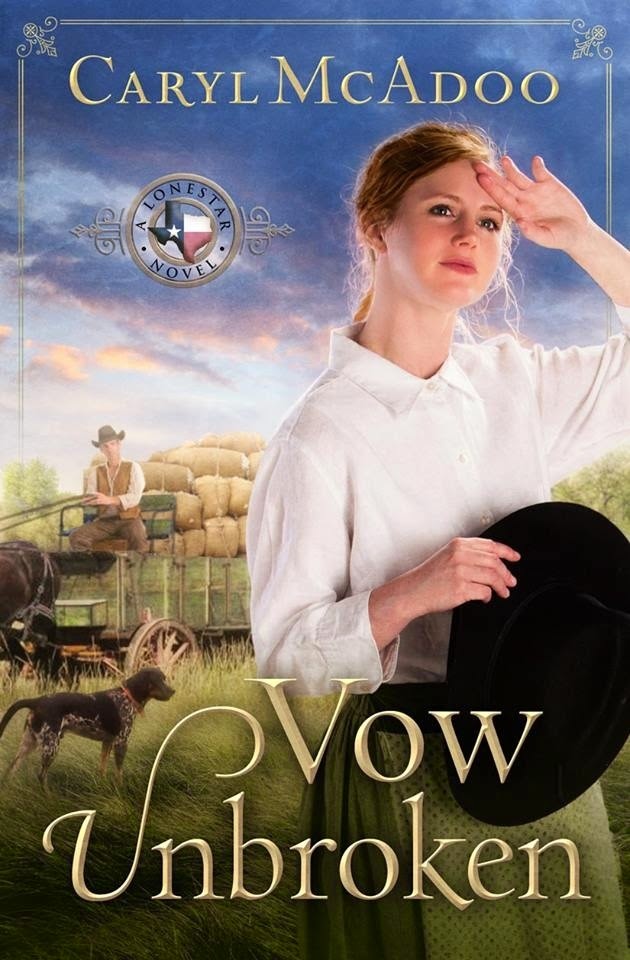 Susannah Baylor reluctantly hires Henry Buckmeyer to help her along the Jefferson Trace, the hard stretch of land between her Texas farm and the cotton market, where she's determined to get a fair price for her crop. It's been a long, rough ten years and the widow's in danger of losing the land her husband and his brother left to her and the children, but she needs help to get both her wagons safely to Jefferson. She knows Henry's reputation as a lay-about and is prepared for his insolence, but she never expects his good looks or irresistible, gentle manner. Soon they are entwined in a romantic relationship that only gets more complicated because Henry doesn't know God the way she does. Dangers arise on the trace--but none as difficult as the trial her heart is going through. Will Susannah and Henry's love overcome their differences? And will she get her crop to market and sale it for enough to save her farm? In this heartening and adventurous tale, a young woman's fortitude, faith, and and heart are put to the ultimate test.

More about Caryl:
With nine titles released by four publishers, Caryl McAdoo now enjoys a thirty-year, overnight success with her historical Christian romance VOW UNBROKEN set in 1832 Texas from Simon and Schuster’s Howard Books. The novelist also edits, paints, and writes new songs. In 2008, she and her high school sweetheart-husband Ron moved from the Dallas / Ft. Worth Metroplex to the woods of Red River County. For more than eleven years, four grandsons have lived with Grami—as Caryl is also known—and O’Pa. The couple counts four children and fourteen grandchildren life’s biggest blessings believing all good things come from God. She hopes that her books will minister His love, mercy, and grace to all their readers. Caryl and Ron live in Clarksville, the county seat, in the far northeast corner of the Lone Star State she loves.

I put a survey up a couple weeks ago on The Sword and the Spirit. I wanted to share those results with you. Thank you to everyone who participated.

So without further ado here are our favorites:

Favorite Genre we have Historical  Romance winning with 12 votes. Historical Romance Suspense and Historical both pulled in 7 votes.

Story Preference the 3 top winners are so close. 8 voted for Cowboys, 7 voted for Southern Romance, and 7 voted for Sweet Romance

Below are all the numbers if you'd like to see where your favorites landed.


Posted by Debbie Lynne Costello at 2:00 AM 2 comments: