Call of the Prairie by Vickie McDonough ends February 3rd 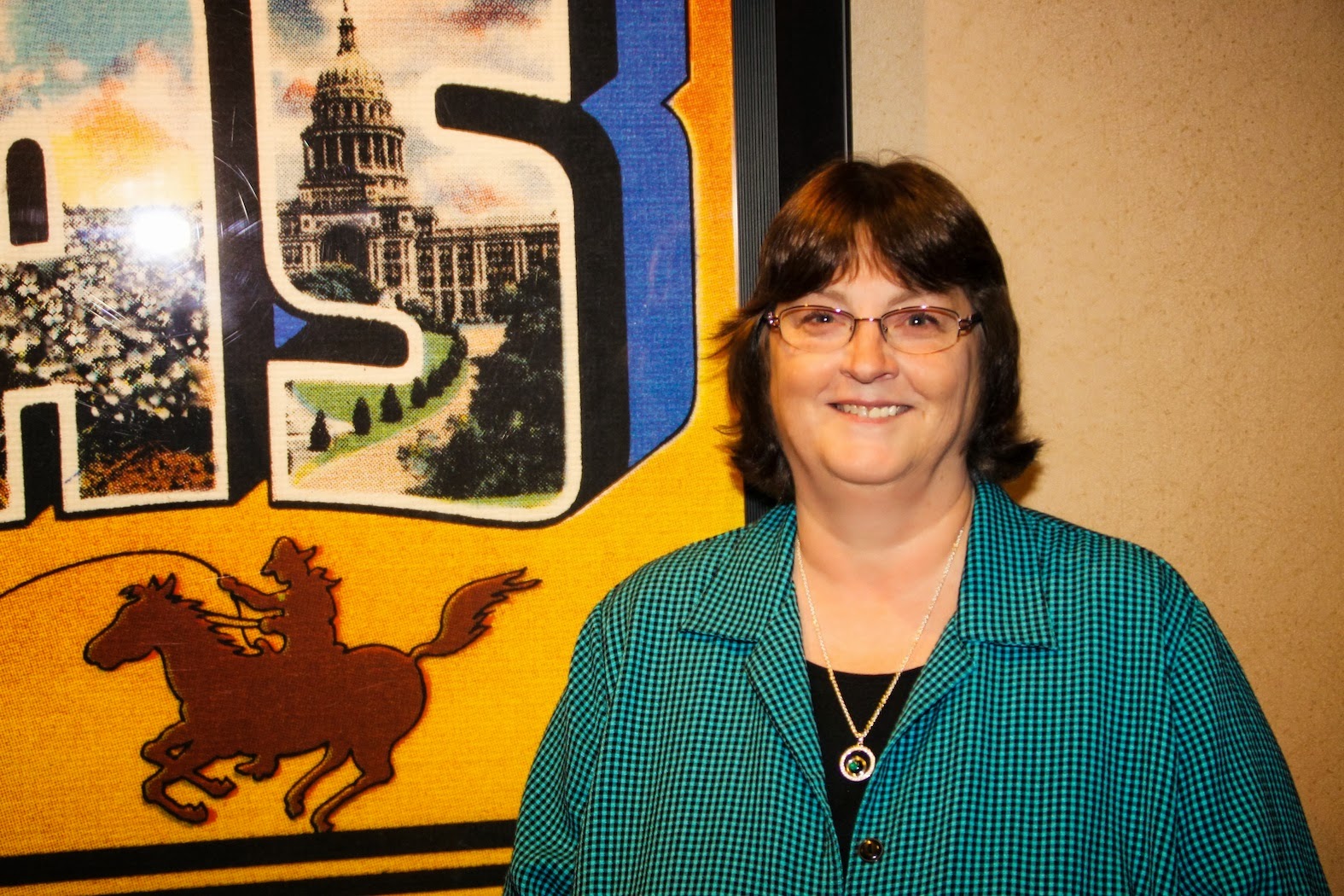 Please welcome friend and fellow writer, Vickie McDonough to my blog this week. To be entered in the drawing BEFORE you read the post take a guess on what you think they have in common, then after reading it leave us a comment and tell us what your guess had been. Don't forget to leave an email addy and let me know if you are a feedburner follower to get an extra entry! Good luck!

What do those cities have in common? They are places I’d most likely never have gotten to visit if I hadn’t become a writer.

One of the best perks of being a writer is that you get to go on research trips—if you can afford to. I’ve been blessed to go on several research trips in the areas where I’ve set a book or series. And on those trips, I’ve discover fascinating details I never would have just researching the area online or in books. 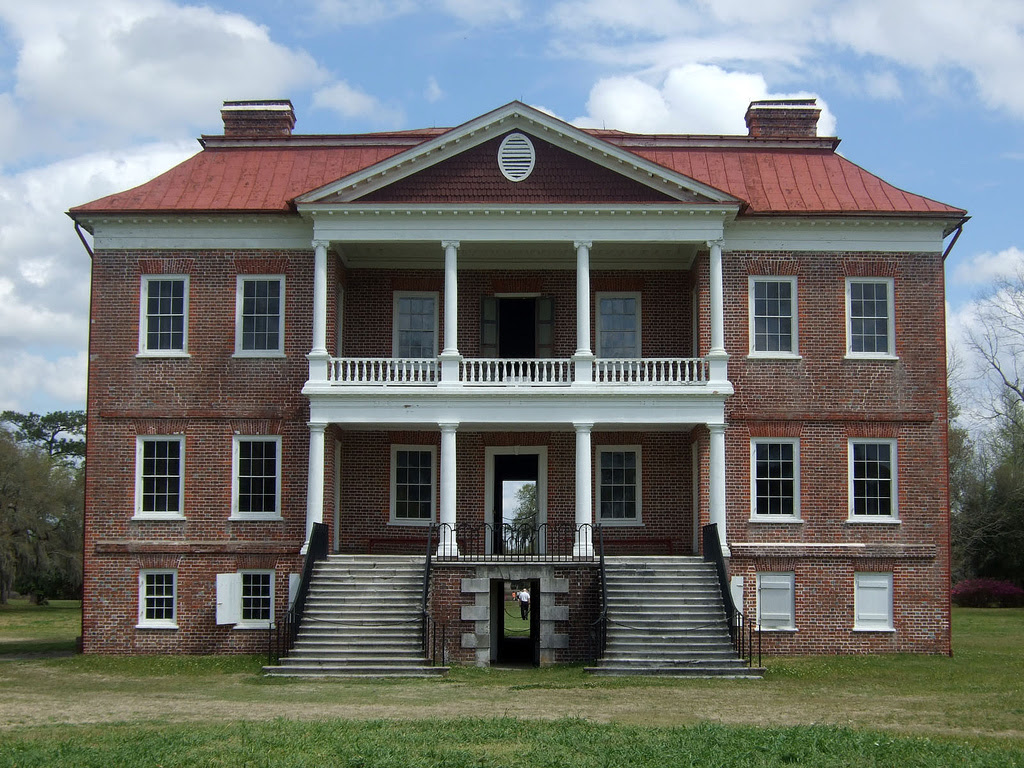 I grew up in Oklahoma, a state is less than 110 years old, so you can imagine how I was enamored with the 300 year-old-buildings and incredible plantations of South Carolina. The only thing in Oklahoma that is 300 years old is the land. Charleston’s historic homes were magnificent, as were the old buildings and beautiful churches. I learned so much about my country there. The series I set in the
Charleston area is being released by Barbour
next month in a book call South Carolina Brides.

A French marquis is the reason I ended up in Medora, North Dakota. I was researching the state because I wanted to set a trilogy there, and I was fascinated with the Marquis De More’s story. He was a 19th century visionary who had a dream of shipping butchered beef back east in refrigerated rail cars instead of live cattle. During the 1880s, he built a meat-processing plant and even started a small town, which he named after his wife, Medora. Although his dreams were dashed by two of the worst winters in history, which killed 80% of the area’s cattle, the town lives on.  The twenty-six-room chateau where the Marquis and his family lived still stands, and we had the privilege of touring it. The Bad Lands are beautiful, and I’d love to go back one day. 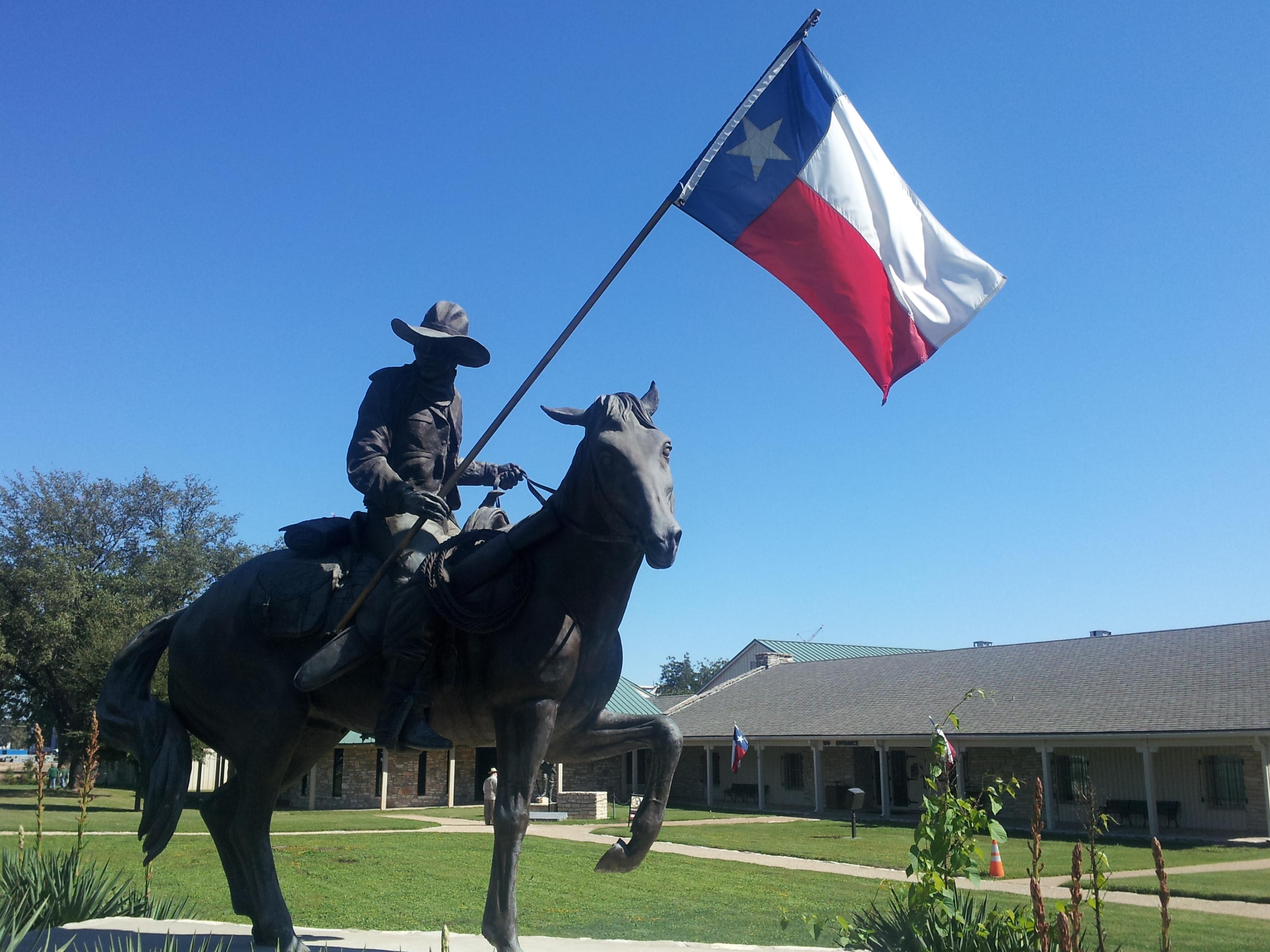 My husband and I had a fun time in Waco, visiting the Texas Ranger museum, the suspension bridge which was built by the designer of the Brooklyn bridge and was a pre-cursor to it, and doing research at the fabulous library at Baylor University.
Writing tends to be a solitary job, where you have your face in the computer all day, but it does have its perks.

Vickie McDonough grew up wanting to marry a rancher, but instead, she married a computer geek who is scared of horses. She now lives out her dreams in her fictional stories about ranchers, cowboys, lawmen and others living in the West during the 1800s. Vickie is the award-winning author of 29 published books and novellas. Her books include the fun and feisty Texas Boardinghouse Brides series, and End of the Trail, which was the OWFI 2013 Best Fiction Novel winner. Whispers on the Prairie, which released last July, was chosen by Romantic Times as one of their Recommended Inspirational Books for July.

Vickie is a wife of thirty-eight years, mother of four grown sons, one daughter-in-law, and grandma to a feisty seven-year-old girl. When she’s not writing, Vickie enjoys reading, antiquing, watching movies, and traveling. To learn more about Vickie’s books or to sign up for her newsletter, visit her website and sign-up for her newsletter: www.vickiemcdonough.com 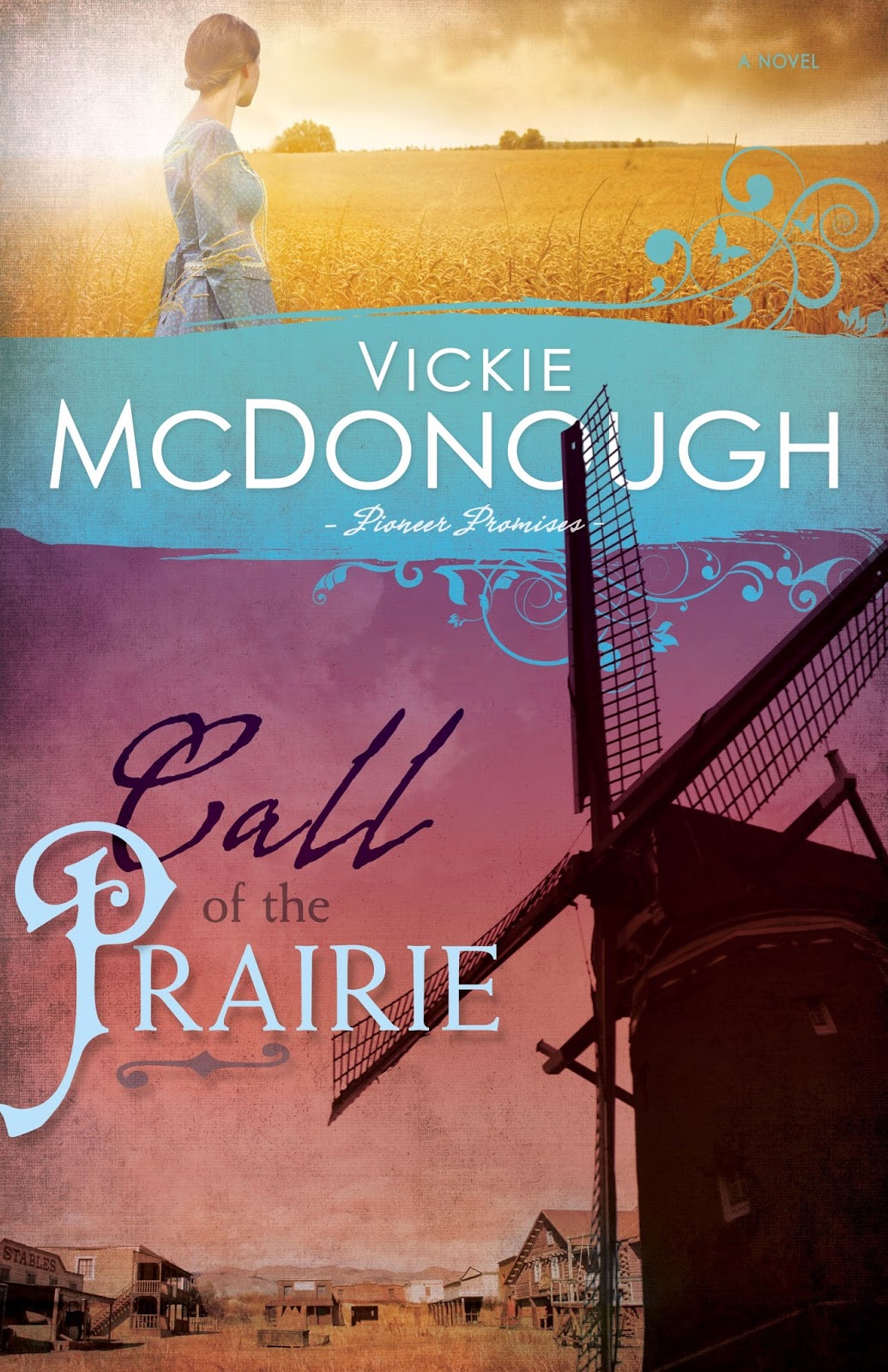 Sophie Davenport fears life is passing her by. Her strict, overprotective parents have kept her close to home because of the severe asthma attacks she sometimes endures. She longs to live a normal life and hopes to marry, but that dream seems impossible. When her aunt has a tragic accident and requests someone come to Kansas to help her, no one is available except Sophie. Her father, tied up with business, reluctantly agrees to let her go. Sophie is ecstatic and sees this trip as her one chance to prove to her parents and herself that she's capable of living on her own. But things in the small town of Windmill are not as her aunt portrayed. And her aunt's handsome neighbor, guardian of two of the children her aunt cares for after school, obviously doubts her abilities. Will the Kansas dust, the drama, and difficulties prove too much for Sophie? Or will she lose her heart to her neighbor and succumb to the call of the prairie?
Posted by Debbie Lynne Costello at 1:18 PM 56 comments: 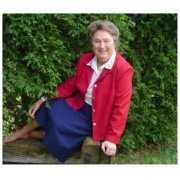 Please welcome Carole Brown to my blog this week. Carole is giving away a copy of her book,
The Redemption of Caralynne Hayman. Print for anyone who promises to do a review; kindle otherwise. Answer one of the questions I asked Carole to be entered. Also, don't forget to tell me if you are a follower for you second entry and don't forget to leave your email addy.

Where are you right now (LVR, DR, Bathroom) and what are you wearing? You have to tell the truth.
Bedroom/office, one of my favorite places (love my big, refinished desk, shelves crammed-full of things I love.  And I’m wearing nighties. How’s that for a confession?

What is the funniest, strangest, or most interesting thing you have learned when doing research?
Loved learning about tattoos which figured heavily in The Redemption of Caralynne Hayman. It was important to find the right one that fit the story and especially went along with the very first chapter. Wow, I couldn’t believe all the tattoos I saw!

What is something that very few people know about you? Hmmm. Only one? I’ve attempted to learn several musical instruments including: guitar, harmonica, clarinet, accordion, sax, and piano. Most, I just lost interest. One I succeeded in a minor way.

What is your favorite material item that you own (examples: ipod, Gone with the Wind book, grandmother’s rocking chair)Besides my computers, I’d have to pick my huge grandfather’s clock. Love every bit about it.

If you could live in any time period other than the one we live in, past or future,  when and where would that be and why?
WWII or the turn of the century. Love how the country exploded with growth and how our men and women came together to serve their country. Fascinating stuff.

If you were writing a book about your life what would the title be?OH, great! Love the question but it caught me unaware. Let’s see, how about:

What one novel did you read that made you want to be a part of the story?
Well, I love Jane Austen’s books so they would be one of my choices. And confession, though I write and adore suspense books, I’m not brave enough to live through all the escapades I send my characters into. Lol.

What is the biggest secret you ever kept (of course it can’t be a secret anymore)?Oh, dear, do I have to say? We had some parishioners who were certain my husband was FBI. Of course, he carried it out to the extreme. It was fun while it lasted, Agent 92045. LOL! I bet that was fun!

What is the craziest thing you’ve ever done?
Sat in a cornfield shucking corn with a witch doctor’s wife and listening to her tales and life story. Interesting!

Thank you for allowing me to visit!
It was fun having you here! 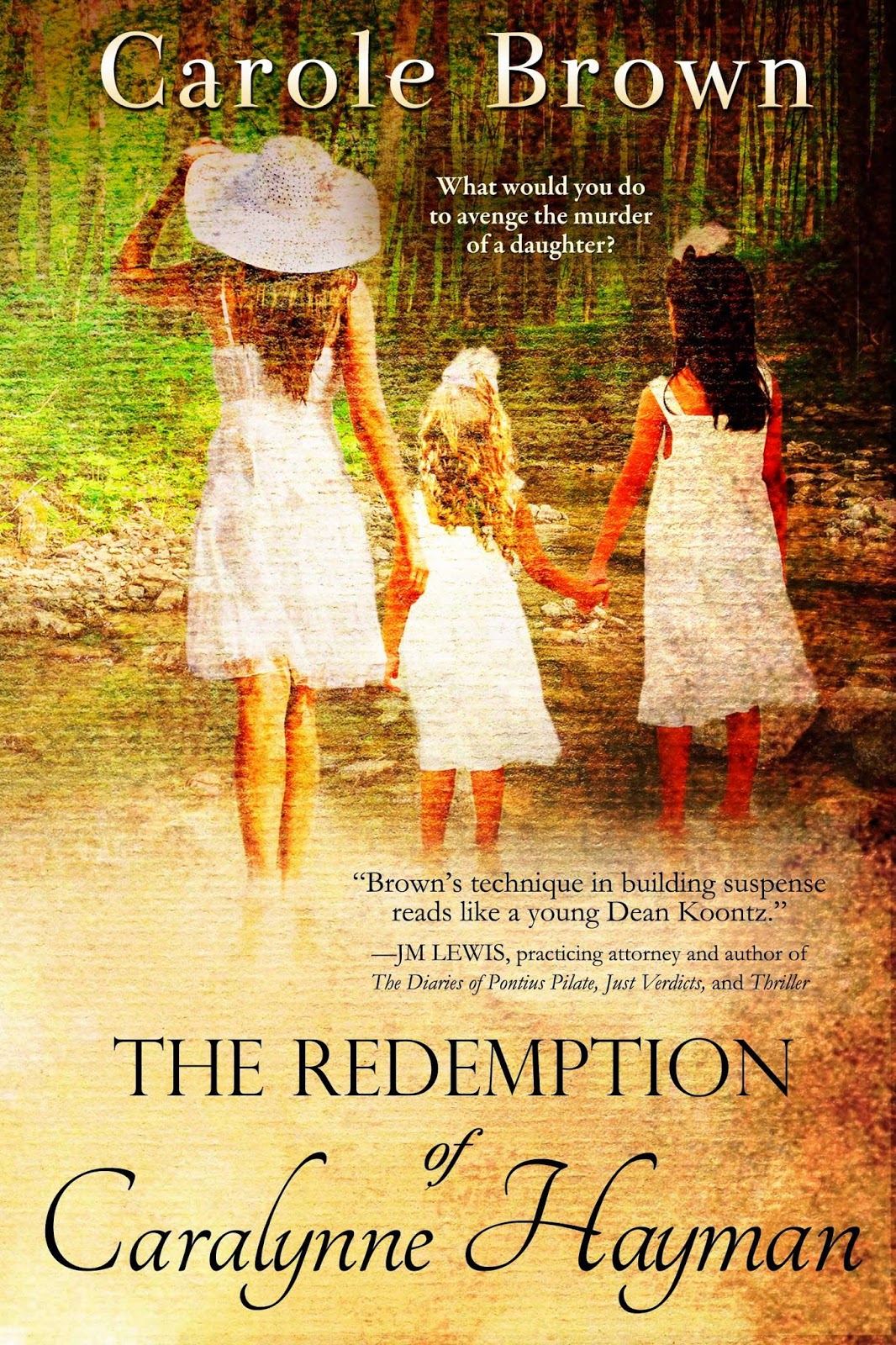 How far would YOU go to avenge a daughter’s cruel death? Cara is considered rebellious and inappropriate to befriend. Dayne is the apple of Elder Simmons’ eye—until he takes a stand against their teachings. Can his prayers and love reach Cara and show her the way to redemption? Will Cara realize God’s love and forgiveness before she goes too far?

The Redemption of Caralynne Hayman is a novel of hope shining through the darkness with strong elements of suspense and romance. This novel was a semifinalist in the Genesis contest and is receiving raving reviews! Release date was October 21, 2013 from the Lighthouse Publishing of the Carolinas. The link for the book which is on SALE NOW, is:

Besides being a member and active participant of many writing groups, Carole Brown enjoys mentoring beginning writers. She loves to weave suspense and tough topics into her books, along with a touch of romance and whimsy, and is always on the lookout for outstanding titles and catchy ideas. She and her husband reside in SE Ohio but have ministered and counseled nationally and internationally. Together, they enjoy their grandsons, traveling, gardening, good food, the simple life, and did she mention their grandsons?

I also am part of several other blogs:
Stitches in Time:  http://stitchesthrutime.blogspot.com/
Barn Door Book Loft: http://www.barndoorbookloft.net/
Posted by Debbie Lynne Costello at 8:49 AM 8 comments:

Happy New Year! Oh wait. That was 2 weeks ago. Yikes! I really need to figure out how to slow my life down. I have a wonderful line up this year on my blog. New names and old friends will be dropping by on Mondays to say hello with a post of their own or an interview with me. So be sure to pencil me in on Mondays this year!


Here are some of the wonderful authors lined up this year. Great posts, great authors, and great giveaways!

I'm giving away winner's choice from 6 books. There will be 2 winners. Tell me about your, dog, cat, horse, grandkids or what ever you love. And don't forget to leave an email so I can contact you should you win!

A Little Bit of Charm by Mary Ellis
Before the Season Ends by Linore Rose Burkard
A home for my Heart by Anne Mateer
When Mockingbirds Sing by Billy Coffey
Echoes of Titanic by Mindy and John Clark
Whispers from the Shadows by Roseanna M. White