Why I Write Cowboy Historicals by Laurie Kingery PLUS 2 GIVEAWAYS! 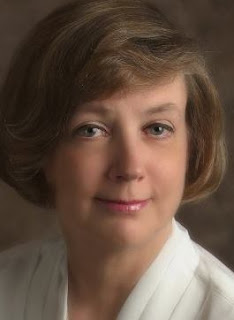 Please welcome Laurie Kingery to my blog today. Her and Louise Gouge have new LIH releases and will be sharing fun posts this week. They will each be giving away a copy of their book. Be sure to read on down to see how to enter in the giveaways!

WHY I LOVE WRITING COWBOY HISTORICALS


I started my writing career (writing as Laurie Grant) for the now defunct publisher Leisure and chose the early English and French medieval period as my era. Continuing with the former Warner publishing and then Harlequin Historicals, I continued with the medieval era, but I am a native Texan by birth, and that heritage began to appeal to me more and more.


Why?  The American cowboy hero has all the chivalry of the knights of old with none of the title snobbery of medieval society.  He did not need to come from a castle – – often he came from nothing and his parents were no one of note. He might be illiterate, but that didn’t prevent him from being noble of character. Though somewhat idealized in our novels, admittedly,  the cowboy had a code of honor not unlike the knight, especially in regard to the treatment of ladies. They defended themselves and civilization, such as it was, from outlaws and savage Indians, much as the knights fought outlaws of that time, Vikings, and would-be invaders from other countries, and if one was fortunate, he might win the hand (and lands) of a fair lady who might of been higher in station than the knight had been. Thus he might have risen in status from a mere knight to a lord, such as a baron or earl. The American cowboy did not wear mail or armor as the medieval knight did, so he was obviously more vulnerable to the dangers of arrows and bullets. Both medieval and 1800’s America had more defined roles for men and women than what we are familiar with today, as most women, with the exception of teachers, storekeepers, and nurses remained in the home until marriage. 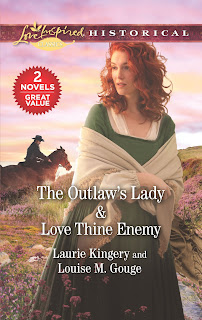 I believe the hero of THE OUTLAW’S LADY,  Sandoval Parrish, has all the characteristics of the cowboy hero and medieval knight, though in the beginning of my story, heroine Tess Hennessy hardly sees him as chivalrous! I hope you enjoy the book as much as I did writing it.


GIVEAWAY:  Ask Laurie a question or tell us why you love reading about cowboys to enter in the giveaway.