The Art of Verbal Discrestion PLUS Giveaway ends October 8th 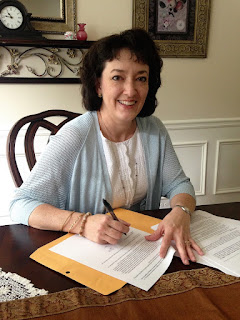 Please welcome Denise Weimer to my blog today. Denise is giving away a copy of her book Redeeming Grace. Read on down to find out how to enter.

The Art of Verbal Discretion
I’ll never forget the first time I watched Sense and Sensibility – the version with Kate Winslet and Emma Thompson. I didn’t want the movie to end. Would Elinor succeed in snagging Edward, and would Marianne be swept away by Willoughby or finally find affection for Colonel Brandon? 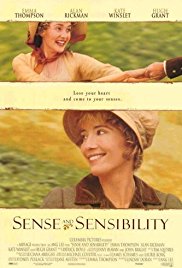 At first glance, these appear to be simple romantic plot elements. But the thickening agent in Jane Austen’s literary pudding was almost always the unsaid. The machinations and drama arose not from shocking declarations and the heroine hurling herself into the hero’s arms, but from restraint. The roots of this restraint, a characteristic of historical polite society, pushed past the soil of public expectation into the bedrock of selflessness. Ah, what a refreshing concept. 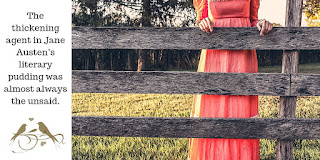 
·        In “Becoming Jane,” the movie about Jane Austen herself, Jane sees Tom Lefroy as sowing his wild oats, but on their elopement trip discovers a letter from his family of origin thanking him for the money he’s been sending them. Jane knows that if he marries her, he’ll be unable to provide for all concerned. In another self-sacrificing gesture, Jane lets him go. Might this have inspired Jane’s future writing?


·        Darcy in Pride and Prejudice quietly pays off Wickham’s debts so that the scoundrel can wed the compromised Lydia, Elizabeth’s foolish sister. He does this out of love for Elizabeth. And he does so when Elizabeth still thinks him arrogant and self-centered.


·        In Sense & Sensibility, Edward can’t declare his feelings for Elinor because of his money-hungry mother and his former secret engagement. When his old sweetheart worms her way into Elinor’s confidence, Elinor’s promise to not speak of the engagement keeps her from the man she loves. Meanwhile, free-spirited younger sister Marianne falls for charming and handsome Willoughby. Marianne is also admired by the older, reserved Colonel Brandon, who knows Willoughby acted the scoundrel in the past. Yet he refuses to use the matter to get into Marianne’s good graces.


Watching these characters go through their complicated and foreign dance of silence, hints, glances, and suppressed tears, we want to scream “just say it!” But in the end, we are teary-eyed with joy when, truly tested, love is declared. 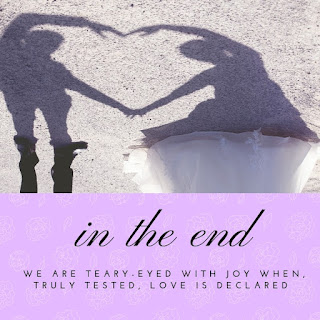 Contrast that communication style to our modern one. We may never have met our online friends in person. On social media, where we can quickly and easily connect with many people simultaneously, we have a lot of power.


Some things to think about before posting …


·        Are our words all about us, broadcasting triumphs or sharing details better held until a private conversation with one or two trusted confidants?


·        Are we sometimes speaking when silence would be wiser?


·        Are we juggling cyber relationships with many to the exclusion of face-to-face time with special friends?


Something to think about before writing fiction …


·        How can we use verbal discretion as an effective plot element? Chime in below!


The art of verbal discretion doesn’t have to be a thing of the past. It can be a beautiful gift if we learn how to employ it in our modern lives.

“A word fitly spoken is like apples of gold in settings of silver” (Proverbs 25:11, NKJV).


Represented by Hartline Literary Agency, Denise Weimer holds a journalism degree with a minor in history from Asbury University. She’s an editor for the historical imprints of Lighthouse Publishing of the Carolinas and the author of The Georgia Gold Series, The Restoration Trilogy, and a number of novellas, including Across Three Autumns of Barbour’s Colonial Backcountry Brides Collection. A wife and mother of two daughters, she always pauses for coffee, chocolate, and old houses! Connect with Denise here:

Denise is giving away a Kindle copy of her first novella, Redeeming Grace. Answer one of her questions above from 'some things to think about' to be entered in the giveaway. Don't forget to leave your email address. 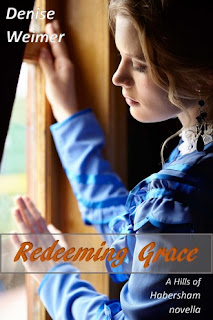 Searching for something she cannot define and breaking under the stress as a rising star at The Metropolitan Opera, Grace Galveston travels to Tallulah Falls, Georgia, for a reprieve. In the summer of 1886, Tallulah Gorge, with its multiple waterfalls, spectacular mountain scenery, and lavish resort hotels, was already known as “The Niagara of the South.” Even amid the crowds and excitement surrounding the attempt of an aerialist to cross the chasm on a high wire, Grace hopes to find peace. Unexpectedly, though, the trip sheds light on the secret pain in her heart. Can the blessing of friendship and the possibility of love with a local minister guide her toward healing? Or will their differences and the call of her life back in New York mean even greater heartbreak?

Posted by Debbie Lynne Costello at 12:34 AM