An Anchor on Her Heart by Patricia Lee ends October 15th 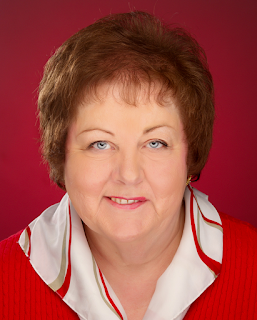 When I first signed the contract to write the Mended Hearts series for Mountain Brook Ink, two of the books were, for the most part, completed. The third book, A Kite on the Wind, waited like a blank page on a computer to be written. The tiny paragraph I’d cobbled together to provide a story sketch haunted me from its bare bones structure. I’d never before agreed to write a 90,000 word novel with so little to launch it. To say I was nervous would be an understatement.

I found a minor character from the first novel, Claire Simpson, to be the main protagonist. She was a teacher, not married, and specialized in helping children learn. The setting was a given from the first novel—Newport, Oregon. But I had exhausted many of Newport’s attractions in that first book, so finding new points of interest to keep readers invested would prove challenging. That’s when the National Oceanic and Atmospheric Administration (NOAA) entered the story.
I knew that NOAA had decided to move its headquarters in Bellevue, Washington to Newport in 2009. The agency created quite a stir in the coastal community, bringing hope for an influx of new families, an increased need for schools, and a general imprint on the economy. My son, who had studied Marine Biology at the Hatfield Marine Science Center a few years before, knew many of the people named as essential players in the switch. Several had been his professors.

Not everyone involved with NOAA, though, made the move to Oregon. Many kept their homes in Washington, since much of their work happened at sea. They opted to work from a Newport base, but to go home to Seattle. That triggered a need in my story to provide a really good reason for moving south.

With that background in mind, I created the hero, Montgomery Chandler, and his family, who might have chosen or needed to make the move from Seattle to Newport. But to be a romance, he couldn’t be married. So I upped the stakes. He was widowed and had two children—a set of twins. His work for NOAA often meant extended tours on the ocean and with two small children and no other family around, he needed help. Enter his sister Ellen who has time on her hands and lives (where else?) in Newport. She can provide the family support he needs to do his job.  She will also provide the emotional stability for this threesome to heal from their grief and move on.
Claire, though, needed her own set of problems. I had to ask a lot of questions. Why was she single? Had she had opportunities for love? Was Newport too small to find a forever love? Had something in her past made her shy away from relationships?

Yes! That was it. She’d been jilted by a former love interest, and not just any boyfriend, but her fiancé who backed out of their engagement three days before the wedding. Ouch!

Forgiveness plays a huge part in this story. Claire believes she has forgiven the man for his role in hurting her, but when her fiancé makes a reappearance in her life she discovers that forgetting what he did is much more complicated.

Readers face those same challenges in their everyday lives. Forgiving someone for something he or she did to hurt us often takes all of our inner strength to accomplish it. Moving on to forgetting the incident often proves to be one requirement too many. Claire will find that fact to be too true, but so necessary
Both Claire and Monty face hurdles they must overcome before they can find their way back to love. The walls they have built around their hearts must be torn down. Can love overcome the barriers they hide behind?
I hope you like the story.

GIVEAWAY: Patricia is giving away a pdf copy of An Anchor on Her Heart. Leave a comment below to be entered and don't forget to leave our email so we can contact you if you win! 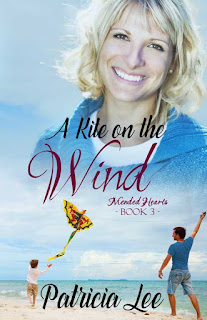 Is love strong enough to overcome the walls they hide behind?


Left waiting at the altar, Claire Simpson has buried her past and moved on, carving out a life for herself as a teacher on the Oregon coast. When her former fiance appears, he threatens to unravel the peaceful independence she has worked so hard to achieve after their relationship failed.


Montgomery Chandler has moved to NOAA headquarters in Newport, Oregon to make new, happier memories for his children after his wife died of a lingering illness. Their home in Seattle held nothing but the whispers of their earlier lives. Starting over will help all of them heal, but Monty is resolved not to risk love again. 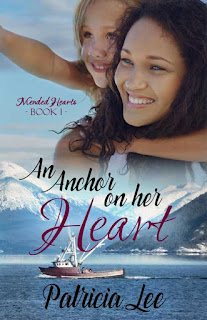 McKenna Nichols, a young wife abandoned by her husband in favor of his work, is left alone to raise their autistic child. She promised to love him until death parted them. But when circumstances drive a wedge into their marriage and Dane chooses to escape what life has dealt them, how long can she be strong? Can she remain faithful to her marriage vows when tempted by the friendship of an unlikely stranger? Rudy Taylor, who senses McKenna's loneliness and understands the difficulty of raising her daughter, struggles to keep his concern for the young woman biblical.  Will McKenna’s faith in God and Rudy’s commitment to his Lord be enough to keep their relationship simple until McKenna's husband one day returns?

ABOUT PATRICIA: Patricia Lee is a published author, having written since she first learned what words could do at the age of six. She holds a BA in journalism from the University of Oregon. Articles to her credit have appeared in Moody Monthly, Power for Living, Expecting and Focus on the Family’s Clubhouse as well as in two anthologies— Cup of Comfort Bible Promises and In the Company of Angels. She is part of a team of bloggers who submit short devotionals for FaithHappenings.com.


Posted by Debbie Lynne Costello at 1:00 AM