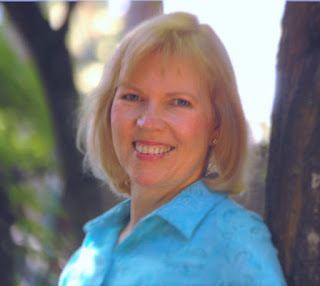 3 Tales of Romance and Adventure in the National Parks

One of my favorite pastimes is to visit our beautiful national parks. In fact, my husband and I have traveled to 11 different national parks and monuments this year alone. Hiking to a romantic lake or waterfall in the mountains, watching wildlife, or stargazing while relaxing around a campfire are just a few of the activities I enjoy in these delightful destinations. Something about being in nature always fills me with excitement and a sense of adventure. That’s why I chose national park settings for the books in my inspirational romantic suspense series, Peril in the Park. 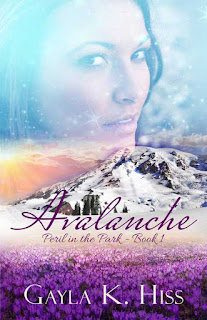 It all began with a hike in the Cascade Mountains during the summer. Some of the trails were closed due the avalanche danger—what? In July? That’s right. Intrigued by the discovery that avalanches can indeed happen in the middle of summer, I wrote a story about a female park ranger and a U.S. marshal on a manhunt in the mountains, and AVALANCHE became the first book in my Peril in the Park series. Set in the spectacular North Cascades National Park, the story is full of adventure and suspense in an exhilarating natural setting. 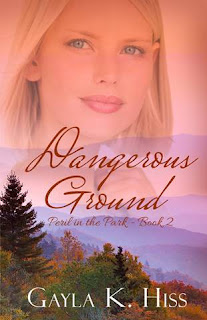 The second book, DANGEROUS GROUND, picks up with a female marshal and her handsome Good Samaritan in Great Smoky Mountains National Park. I’ve been to the Smokies a number of times, which gave me plenty to draw from as I wrote the story. I also had fun with the fictional nearby town of Tyler’s Glen. The rural community nestled in the scenic mountains is an idyllic vacation site—except for the mystery that surrounds it and threatens the town’s peaceful existence. 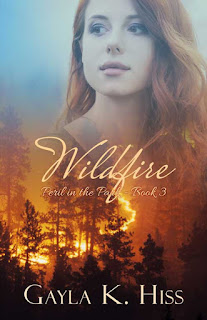 WILDFIRE is the third book of the series and is set in yet another magnificent location, Rocky Mountain National Park. When I think of the Rockies, I think of gigantic, rugged mountain peaks and fascinating animals like elk, moose, and bighorn sheep. However, in the summer months, wildfires can threaten the park and its wildlife. Over the last year and a half, I saw the devastation wildfires can bring to national parks like Great Smoky Mountains and Glacier, and it raised my awareness of the important role fire managers and firefighters perform by managing wildfires and helping to preserve our national parks. It also inspired me to write this story about a female wildfire scientist and a firefighter who team up to solve the mystery behind the outbreak of wildfires in the Rockies.


A common theme in my books is getting back to the simple things in life like faith, family, and the land. To me, there’s nothing more enjoyable and restorative than going camping outdoors and connecting with God, the Creator. We are so blessed to have our national park system. I want future generations to value and enjoy them too.

With 59 national parks and 117 national monuments in the U.S. alone, there are plenty of destinations to choose from. Whether you prefer the mountains, the seashore, the desert, or caves, there is a park for everyone. And if you can’t go there in person, you can still enjoy these fascinating places through the many stories written about them. So visit a park (or read about one) and rediscover the beauty and wonder of Creation. But beware—once you’ve experienced life in the wild, you might just become a park-aficionado like me. Happy Adventures!

Book Giveaway Question: What is your favorite national park and why?
Winner will receive a print signed copy of my book AVALANCHE.
Leave a comment answering the above question and your email addy to be entered.

Will Rachael and Dylan escape the fire’s fury, or 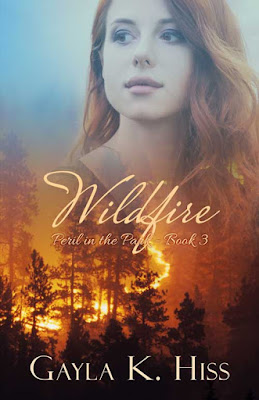 perish in the flames?

Sparks fly when wildfire researcher Rachael Woodston clashes with firefighter Dylan Veracruz in Rocky Mountain National Park. The June fire season has just begun, yet a long-standing drought has already turned the park into a tinderbox. Rachael’s computer data indicates the fire Dylan’s crew is fighting is about to accelerate, but he doesn’t believe her—until the fire suddenly gets out of control and they have to evacuate.


Suspecting arson, Rachael and Dylan join forces in search of answers and soon discover that chasing fires isn’t all they have in common—they’re both survivors of deep loss. However, their difference of opinion about faith keeps them at arm’s length, despite a growing attraction. As the danger escalates, Rachael and Dylan soon find themselves in a firestorm they cannot escape. All seems lost until Rachael has a profound encounter that restores her faith and gives her hope. The close call also fuels her determination to stop the fiend behind the flames. But can she and Dylan solve the mystery and extinguish their enemy before disaster strikes again?

Gayla’s writing journey began with her hobby painting landscapes. In her imagination, characters and scenes came to life as she painted beautiful natural settings. Her inspiring novels combine her love for the great outdoors with romance, suspense, and mystery. Gayla and her husband often tour the country in their RV, visiting many state and national parks. She enjoys hiking, camping, and traveling, and lives in the Pacific Northwest. She’s excited to announce the soon release of WILDFIRE, book 3 in her Peril in the Park series, which can be purchased on Amazon at: https://amzn.to/2KhK7Ec. Visit www.gaylakhiss.com to learn more, and connect with her on Facebook, Amazon, and Goodreads.
Gayla’s website is: https://www.gaylakhiss.com