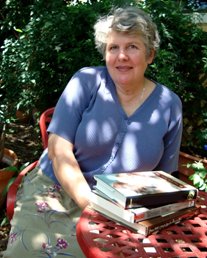 Please welcome Celia Hayes to my blog. Celia is graciously giving away a copy of The Chronicles of Luna City. Leave a comment about Celia's post to be entered. Don't forget to leave your email addy and let me know if you are a FeedBurner follower for an extra entry.

Like many another performer who achieved super-star status by performing before audiences in California, Lotta Crabtree, the famed signing and dancing 19th century child star arrived from somewhere else – in her case, New York. Her parents had emigrated from the British Isles sometime in the 1840s; her father had a trade as a bookseller, by which one can surmise a degree of literacy and interest in the wider culture. John Ashworth and Mary Ann Livesey Crabtree named their baby daughter Charlotte Mignon, when they were blessed with a little shoot off the family tree in 1847. Four years later, John – seeking fortune and adventure – took ship to San Francisco, to join in the Gold Rush. Alas, by that time, most of the easily-made fortunes had already been made; late-comers to the gold mines either had to be insanely lucky or able to finance extensive and deep-rock or hydraulic mining ventures. John Crabtree had neither luck nor deep pockets. By the time his wife and daughter followed him in 1852, he had already given up on striking it rich. Legend has it that he was not on the San Francisco dock to meet them when they arrived. Undeterred, Mary Ann and the five-year old Charlotte found friends to stay with, while they awaited word from John. Eventually a message arrived; they should join him in the boom-town of Grass Valley, located in the foothills of the Sierra Nevada.
Sensibly, he had given up on mining gold and resolved on a course of mining it from the gold miners by running a boarding house. In the 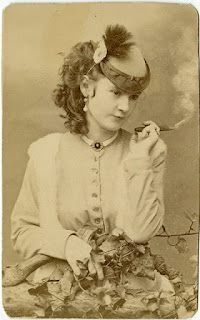 biographies of Charlotte ‘Lotta’ Crabtree that I can locate, this is last life-significant decision he may have made regarding his daughter. From then on, Mary Ann ruled Charlotte’s life and career choices – establishing herself as the first and possibly the most successful of California stage mothers to date. Mary Ann encouraged her red-haired, dark-eyed little daughter in learning songs and performing long sentimental ballads, playing the old-fashioned minstrel-show banjo and enlarging on a large repertoire of dance moves; Irish jigs, a little ballet, fandangos and soft-shoe, Highland flings and reels. The child was a born entertainer. For some years she was encouraged in her performing inclinations by a neighbor, the notorious adventuress and dancer Lola Montez – born Eliza Gilbert, fresh from a turn as the official mistress of the mad King Ludwig of Bavaria, and eventually to travel on to Australia to perform in gold camps there. Mary Ann must have been terribly broadminded for a respectable married woman of that time to even consider the notorious Lola as suitable company, but women were still few and far between in the gold camps – and Mary Ann gives the impression of being a deeply practical woman.

One story has it that when Lola tired of Grass Valley, and decided to go tour the Australian gold fields as a performer, she wanted Lotta to come with her – but of course Lotta’s parents would not permit that. This offer confirmed that the kid had talent, though. Mary Ann – likely tiring of the sheer drudgery involved in keeping a boarding house – had no reservations about her child performing in public. The Crabtree family moved to another gold camp, Rabbit Creek, where a local tavern-keeper, one Mart Taylor, often hosted traveling dramatic groups, singers, and musicians in his business. Lotta Crabtree made her professional debut there at the age of six, dressed in in a green long-tailed coat, knee-britches, a tall green top-hat and brandishing a miniature shillelagh. She sang and danced an Irish jig … this brought down the house, and a rain of coin and gold nuggets. While there were a handful of other performing children touring the gold camps at this time, Lotta outshone the rest by far.
For two or three years, Lotta, her parents and two younger brothers, toured the gold camps; a kind of 19th century Shirley Temple and every bit as popular. Mary Ann turned out to be a hard-headed and scrupulously careful manager of her daughter’s fame and money. By the end of the decade, the family had moved back to San Francisco – a base from which Lotta continued touring and performing. Having conquered the West, the family returned East, where Lotta continued to perform to rapturous applause and tour with her own company. She performed in roles especially written for her; lively, petite, given to performing in male clothing and daring to smoke slender black cigars. By any standards she was attractive, and had many admirers and brief romances. Lotta spent the rest of her life in comfort and mild luxury, dabbling in painting, charitable work and foreign travel. Mary Ann had cannily invested the takings from Lotta’s theatrical performances in bonds and real estate – generating wealth sufficient to support the family when Lotta retired from performing at the age of 45. Her fortune was estimated at 4 million dollars when she died in 1924. She had never married, although after her death, a woman claimed that she was Lotta’s daughter, raised by foster parents, and had a right to a share of Lotta’s estate. The claimant insisted that Lotta had secretly married and given birth during a short residence in England, a claim rejected by the courts. Lotta’s fortune went where it was intended to go – to a charitable trust to benefit aging actors, animals, and veterans – and that was that.
A fabulously ornate cast-iron fountain still stands in San Francisco’s Market Street – a landmark funded entirely by Lotta Crabtree, and donated to the city in the 1870s. Thirty years later, it was a recognizable landmark in the aftermath of the great earthquake which reduced a large part of the city to rubble, and served as a place for survivors to gather, seeking word of other survivors. Lotta’s Fountain remains the oldest surviving monument in the city where she came as a child, and left as a star.
(Note – Lotta and her mother are supporting characters in my novel of the Gold Rush – The Golden Road, wherein the teenaged hero serves as a stage hand and body-guard for Lotta and her mother, as they tour the gold camps. I thought that Mary Ann was at least as interesting a character as Lotta; practical, level-headed and competent.)

GIVEAWAY: Leave a comment about Celia's post to be entered to win The Chronicles of Luna City.

About Celia:
Celia Hayes spent twenty years as a military broadcaster in the Air Force, before retiring in San Antonio, Texas. She contributes to a variety of on-line magazines and websites and in 2012 became the owner of a small boutique publishing firm, Watercress Press. She is the author of thirteen novels set on the 19th century American frontier, and co-author with her daughter, Jeanne Hayden, of the Luna City Chronicles, a series of contemporary comic novels about life in a small South Texas town. She currently lives in San Antonio with her daughter and an assortment of dogs and cats, and her literary website is at www.celiahayes.com and at lunacitytexas.com  https://www.facebook.com/celia.hayes.9 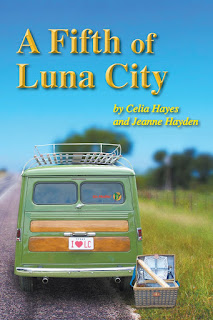 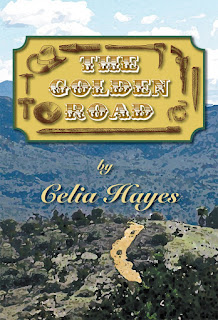 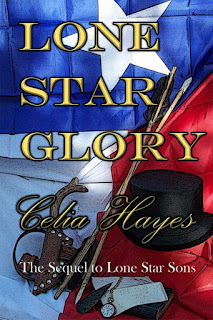