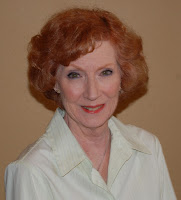 Please welcome back Diane Kalas to my blog! Diane is giving away a copy of her book Honor Bright
in choice of format. Be sure to read on down to find out how to enter. And don't forget to leave your email address and let me know if you are Feed Burner follower for an extra entry.

My current release is HONOR BRIGHT, An Inspirational Historical Romance Set in the West, Officers of the 7th Cavalry Series 1.
George and Libbie Custer are secondary characters and hometown neighbors of my heroine in book 1. The story takes place two years before Custer’s last campaign, a time when tensions were escalating on both sides of the issues. Each book in Officers of the 7th Cavalry Series, takes the reader closer to the final event in the Little Bighorn Valley.
How did I become interested in the Custer story? I was born and raised in Detroit, Michigan and knew that Custer spent some of his childhood in my home state. A job transfer moved us to Ohio for several years where we traveled the I-75 north through Monroe, Michigan to visit family. Alongside the highway in Monroe is a huge billboard with Custer in uniform stating: Monroe, Michigan – boyhood home of the boy-general. A few years later, a temporary job transfer brought us back to Michigan for a year. My husband rented a house on Lake Erie in Monroe County.
At that time, I had no plans about Custer being in one of my future books. Out of curiosity, however, I visited the small Custer museum in Monroe, and a neighborhood bookstore where I purchased several books about George and Libbie Custer written by a local Custer historian. Next, I stopped by the Monroe County Library that has a fantastic Custer Collection.
The librarian informed me that next to Presidents Washington and Lincoln, no other historical figure in our country has as many books written about him as George A. Custer. She also mentioned that people living in Japan and Italy have made inquiries about Custer’s career. After all this time, people want to learn more details about the controversial boy-general!
At a county flea market, I found an original edition of Libbie Custer’s BOOTS AND SADDLES or Life in Dakota with General Custer, Harper & Brothers, New York, 1885. That was the first book Libbie wrote, years after George died. Cost: $6.00. I do not really believe in coincidences. I finished four other stories, before starting my current release: HONOR BRIGHT, An Inspirational Historical Romance Set in the West, Officers of the 7th Cavalry Series 1.
George Armstrong Custer’s prankish career at the United States Military Academy put him last in his 1861 graduating class. Afterward, his flamboyant cavalry escapes during the Civil War brought a continual interest from the press of the day. Old men admired his courage and women saw him as a dashing figure. Today, however, mention Lieutenant Colonel George A. Custer and his 7th Regiment of Cavalry, given to Custer as a reward for his Civil War record, and images of war against the Plains Indians come to mind. Current authors and historians write more books about Custer as villain, because of the post-Civil War years, than as hero.
When people react negatively to Custer’s name, it is because as a military officer he represented our government and its policies at that time. Our point of view today, concerning the western expansion after the Civil War, is sympathetic toward the Indians and highly critical of our actions against Native Americans.
The list of officers mentioned here guided and/or ordered Custer’s military career. General Alfred Terry, Custer’s immediate superior; Major-General Phil Sheridan, his close friend and mentor; Major-General William Tecumseh Sherman; President Ulysses S. Grant, commander in chief (all Civil War generals). In other words, Custer did not act alone.
My bibliography for Officers of the 7th Cavalry Series has exceeded my budget. Last month, I purchased two additional books on Custer. I’m hooked on research.
Some called the Little Bighorn Battle “a clash of cultures” and Custer, “a man of his time.” My hope is that the reader will enjoy the fictional story with interesting characters, set against the backdrop of an isolated fort in the Dakota Territory in 1874.
Leave a comment for a FREE paperback copy or E-reader copy of HONOR BRIGHT.
What do you think or have been told about George A. Custer?
Do you think reading a fictional account of George A. Custer’s military career, or any controversial person will influence your opinion about their character and reputation? 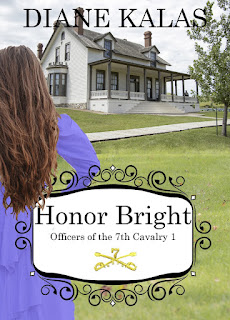 Spring 1874. Rebecca Brewster arrives at Fort Abraham Lincoln to preview life on the far western frontier, before her marriage to an officer in Lieutenant Colonel George Armstrong Custer’s famous 7th Cavalry Regiment. Becca is soon disillusioned with her childhood love who is critical of her tomboyish ways. He insists she behave as a lady in the footsteps of Libbie Custer.

Major Randall Steelman, second in command under Custer, finds Becca’s fun-loving spirit and open affectionate ways charming. As an officer, however, Rand’s strict code of conduct forbids him to act on his interest in a woman when it involves a brother officer. How can he stand by and watch Becca marry an arrogant hothead with unbridled ambition, when he finds Becca more irresistible each day?

Amid increasing tension between the hostile Sioux Indians and the government that Custer represents, Rand walks a tightrope balancing professional duties and a friendship with his commander. Custer’s reputation is two-fold: Capable cavalry officer and fearless leader; arrogant and petty tyrant.

With one-year left to serve his country, Rand is determined to retire with a blemish-free record and with his rank intact. Becca must make a life-changing decision, before it’s too late and she marries the wrong man.

Diane Kalas collects antique books written by men and women who lived through the American Civil War, and/or who pioneered out West. With a degree in interior design, she enjoys touring historical sites, especially Federal era homes with period furniture. Published writers Pamela Griffin, Gina Welborn, and Kathleen Maher have been critique partners and mentors. Diane’s biggest challenge is writing Inspirational Historical Romance. Her biggest distraction is her fascination with historical research. Diane is a member of American Christian Fiction Writers.