Please welcome Tamera to my blog today. Tamera is giving away a digital copy of her new book Resurrection of Hope. Be sure to read on down to find out how to enter.

My novella, Resurrection of Hope, is set in the couple of years immediately following World War I, 1919-1920. America had survived its first world war and an influenza pandemic that killed more people than the war. Things were beginning to look up. This was a time of transition in America and didn’t fit into the time periods we normally think of. It wasn’t yet the flapper era although flappers had come on the scene, but the early 1900s era of the Gibson Girls, long skirts, and Dough Boys was a thing of the past. Here are some facts about normal life in 1920.

Although modern conveniences like electric lights, indoor plumbing, and running water were available in 1920, for the most part, only those living in the city took advantage of them. Although during the roaring 20’s, people moved from rural farms to suburbs and cities, in the beginning of the decade, half of the 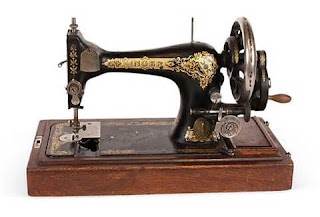 population still lived out in the country on farms.

Most people in the city had electricity, telephones, streetlights, sewage systems, and running water. Throughout the decade, housewives were replacing their iceboxes for refrigerators and some even had washing machines, vacuum sweepers, sewing machines, electric mixers, toaster, and electric fans. 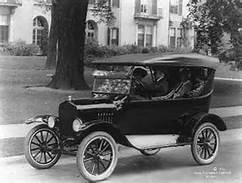 In 1920, the Model T automobile manufactured by Ford Motor Company made cars affordable for the average family. The days of the horse and buggy were becoming a thing of the past although you would occasionally see one in rural areas. Public roadways were improved and paved to keep up with the times. Because of the automobiles, the mobility of America changed. One of the major changes was the creation of the suburbs. People could work in the city without actually living there. 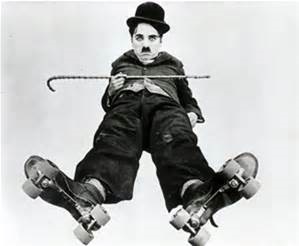 Movie theaters, radio, roller rinks, bowling, and watching race car driving and baseball games became fun activities every middle-class family could participate in. The invention of radio also made it so the average family could listen to music or radio shows from their own living room. Dance clubs opened where couples could dance the new dances to jazz songs although the more conservative families considered them immoral. There was also a dark side of entertainment with the speakeasies where illegal drinking and gambling went on, but most people in the 1920s didn’t participate in that. 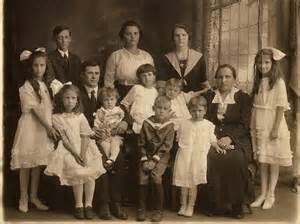 mother who stayed at home and took care of the family. Teenagers were non-existent. You were a child until you became an adult. Younger teens spent time playing as children. Older teens were expected to act like adults. Public schools were everywhere, and most students graduated from high school for the first time in history although few went to college. Dating was usually chaperoned, abstinence was expected, and young adults would normally marry by the time they were twenty-one. 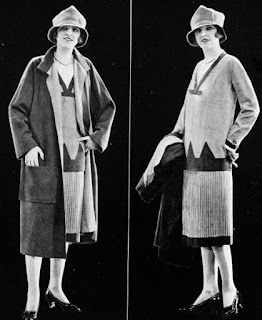 The flapper era was starting to show up in the cities in 1920. Most women were conservative and wore their skirts below their knees which was scandalous five years earlier. The shift or chemise dress with the lowered waistline became popular in 1916 and continued throughout the 1920s. Most dresses were sleeveless, and women wore sweaters over them on cold days.

Many women were starting to cut their hair even in the rural areas. Older women and some farm wives still wore long skirts and kept their hair long pinned up in a bun. Cloche hats that fit tight around the face were becoming popular and went with the new short hair styles. Make-up lines such as Max Factor started opening, and women in the city wore make-up to look like the actresses on the silent movie screen.

The biggest change was ladies’ undergarments. Although the corsets didn’t disappear completely, one piece camisoles and slips became the desired undergarments. Because of shorter hemlines, silk hosiery was invented in 1920. It became the fashion for years after that. Bras didn’t come out until 1922, so most women either wore modified corsets or only wore a camisole.

To enter in the giveaway be sure to leave your email addy and tell us something you find interesting about the 1920's. If you are a feedburner follower be sure to let me know for an extra entry.

Tamera Lynn Kraft has always loved adventures. She loves to write historical fiction set in the United States because there are so many stories in American history. There are strong elements of faith, romance, suspense and adventure in her stories. She has received 2nd place in the NOCW contest, 3rd place TARA writer’s contest, and is a finalist in the Frasier Writing Contest and has other novellas in print. She’s been married for 37 years to the love of her life, Rick, and has two married adult children and two grandchildren. 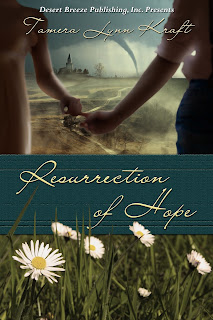 She thought he was her knight in shining armor, but will a marriage of convenience prove her wrong?

After Vivian’s fiancé dies in the Great War, she thinks her life is over. But Henry, her fiancé’s best friend, comes to the rescue offering a marriage of convenience. He claims he promised his friend he would take care of her. She grows to love him, but she knows it will never work because he never shows any love for her.

Henry adores Vivian and has pledged to take care of her, but he won’t risk their friendship by letting her know. She’s still in love with the man who died in the Great War. He won’t risk heartache by revealing his true emotions.