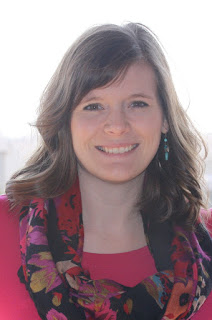 Kelsey Norman
My debut novel, Unbroken Spirit, is set to release in just a matter of days. It feels surreal, and I don’t think it’s quite hit me yet that my dream is coming true. It’s been a long time coming. There were many times that I felt like giving up. Rejection after rejection, and a failed contract with what I thought was a reputable publishing company made me almost throw in the towel. However, there’s a well-known quote that says “nothing worth having ever comes easy,” and becoming a published author is no exception to that rule. Thankfully, I got another chance with a wonderful publishing company, Mountain Brook Ink.
A few years ago, I self-published two novellas. I wasn’t expecting to sell millions of copies or get rich off of them. I simply wanted to get my books out there and see what happened. I received positive responses, and of course an occasional negative one. But self-publishing didn’t make me feel like a real author, because anybody can self-publish no matter how horrid the writing. I was determined to one day get a novel traditionally published. Now it’s happening. And it’s scary and exciting all rolled into one.
I look forward to hearing how my story touched readers and how the messages portrayed will be applied in their own lives. However, I’m frightened of the negative comments that will inevitably come. I’m not so naïve as to believe everybody who reads it will love it. My hope is that any bad reviews will be done so constructively and I’ll be able to learn from them. It will be hard to not take the criticism to heart, because this book is my baby. Literal sweat, tears, and almost blood went into creating it. My goal is to focus on the positive remarks. As with anything in life, you can’t get bogged down by the negative. It’s the encouraging comments and support that lift you up and keep you going, reminding you why you do what you do.
So in the midst of all the excitement and craziness that is to come, I have to remind myself of why I write. I write because it’s in my blood. I can’t not write. I find joy in writing something as simple as an e-mail. Writing a novel puts me in my element and allows me to follow my calling. No matter one’s passion, it’s important to remember why you got into it in the first place. Especially so when you become discouraged and start to wonder if you can continue. Don’t let the negativity of others prevent you from doing what you love.

About the Author: Kelsey is a wife and mother from Kansas. Through her novels, she hopes to allow an escape from reality by getting her readers lost in a good book. Kelsey enjoys writing anything from romance to fantasy. When Kelsey isn't writing, she enjoys spending time with her family, doing crafts, dancing, and reading.

Unbroken Spirit: Nina Anderson is lucky to be alive. After years of abuse at the hands 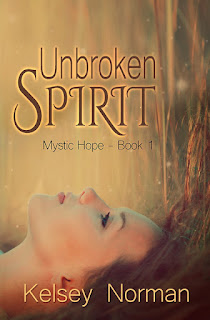 of her boyfriend, she’s finally free. Determined to get back on her feet, she’s left her past behind for a fresh start on her grandparents’ farm in Despair, Kansas. Even though, Jeremy, the man who’d abused her is in prison fifteen-hundred miles away, Nina is still haunted by dark memories.

Then a mysterious, unearthly man appears bringing her the respect she’s always wanted—and maybe even a chance at love. Liam has been sent to serve as Nina’s protector and to help her with an event that is to occur in the near future. The catch is, Liam doesn’t know what it is or when it will take place. Will he have the power to save her and restore Nina’s faith in God?
Posted by Debbie Lynne Costello at 3:00 AM