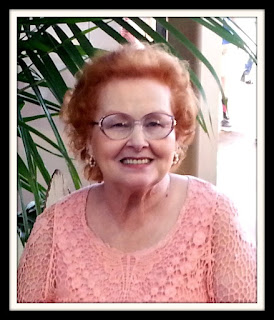 Please welcome Lena Nelson Dooley to my blog this week. Lena is giving away a  winner's choice of either WARM MULLED KISSES or the April fool's book.  Read on down to find out how to enter.

Hey, Readers, last year was kind of a lost year for me, because I had lots of physical problems. Praise the Lord, I’m almost like new now.

And I praise the Lord that after that long time away, He has really brought projects to me. In October, I was the publisher of a novella collection written by members of my critique group. A Christmas novella, Warm Mulled Kisses. It’s only on Kindle, but it’s also only $.99 for ten novellas. If you don’t own a Kindle, you can download any of these for FREE:

Then you can read Kindle books.

In late March, we published another novella collection written by authors from my critique group. April Fool’s Love. This book is also $.99 for ten novella’s. 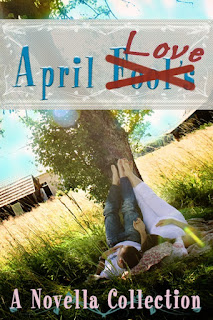 Both of these books have been very close to the top of Amazon’s bestseller lists.

I got the rights back to Love Finds You in Golden, New Mexico. The publisher didn’t put it on sale very much, so it was too expensive for lots of people to buy. I did some minor editing, no more than 100 words, and it’s been republished through Hartline Literary Agency and Amazon, both Create Space for print and Kindle for ebooks.

The Kindle edition is $2.99 or Free if you’re a Kindle Unlimited subscriber.
The print edition is $8.99 much more affordable than before.

Right now, I have another novel, one that hasn’t been published yet, with Beta readers. When it comes back from them it will be published through Hartline Literary Agency and Amazon, both Create Space for print and Kindle for ebooks.

A Heart’s Gift is the first 98,000 word novel I’ve written. We’ll let you know when it releases. 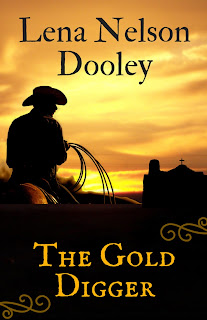 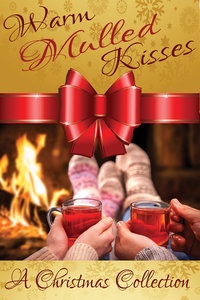 GIVEAWAY:
Answer one of the questions to be entered to win. If you've read any of Lena's books tell us which is your favorite and why? Which of Lena's books sounds like your kind of book and why? Or ask Lena a question. Don't forget to leave your email addy.

About Lena:
Award-winning author Lena Nelson Dooley has had more than 850,000 copies of her books sold. She is a member of American Christian Fiction Writers and the local chapter, ACFW - DFW. She’s a member of Christian Authors’ Network and Gateway Church in Southlake, Texas.

She has been on both the CBA Bestseller list and several Amazon Bestseller lists. Her 2010 release Love Finds You in Golden, New Mexico, from Summerside Press, won the 2011 Will Rogers Medallion Award for excellence in publishing Western Fiction. Her next series, McKenna’s Daughters: Maggie’s Journey appeared on a reviewers Top Ten Books of 2011 list. It also won the 2012 Selah award for Historical Novel. The second, Mary’s Blessing, was a Selah Award finalist for Romance novel. Catherine’s Pursuit released in 2013. It was the winner of the NTRWA Carolyn Reader’s Choice contest, took second place in the CAN Golden Scroll Novel of the Year award, and won the Will Rogers Medallion bronze medallion. Her blog, A Christian Writer’s World, received the Readers Choice Blog of the Year Award from the Book Club Network.

In addition to her writing, Lena is a frequent speaker at women’s groups, writers groups, and at both regional and national conferences. She has spoken in six states and internationally. She is also one of the co-hosts of the Along Came a Writer blog radio show.

Lena has an active web presence on Facebook, Twitter, Goodreads, Linkedin and with her internationally connected blog where she interviews other authors and promotes their books.