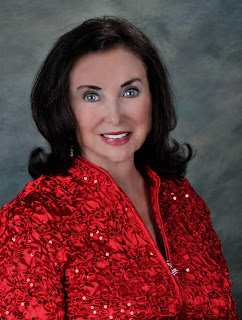 Please welcome Anne Green to my blog today. Anne is giving away a signed copy of Red is for Rookie. Be sure to leave a comment and your email. Don't forget to let me know if you are a follower for an extra entry.

THE CRASH
By
Anne Greene

The huge four by four double cab truck took the blow on the passenger side where my lovely thirteen-year old granddaughter sat. In the back seat my tiny blonde granddaughter screamed. My handsome son at the wheel yelled, “Hold on tight.”

The sixty-mile impact from the car that T-boned them sent the truck into three side-over-side rolls, then screeching down the pavement driver’s side down until it finally stopped twenty-five yards down the road in the opposite lane.

Were they dead? If they lived, would they be injured and side-lined for the rest of their lives? Earlier in the year, their middle sister who was at a birthday party and not inside the crashed truck, mourned a tragedy when her best friend and the best friend’s siblings died in a similar crash.

With the driver’s side smashed against the road and the passenger side crushed in by the outlaw vehicle, firemen and police arrived within minutes. They pulled the tiny blonde out through the shattered back window. My son unhooked his seat belt which allowed him to stand on the driver’s window. He reached across to his daughter hanging by her seat belt and released her. Firemen pulled her to safety through the only way out, across the second seat and through the small back window. Then my son wedged himself out that shattered back window. The truck was toast.

They were all alive and had sustained no major injuries.

How different that could have been. If they had not worn seat belts they could have been thrown from the vehicle as were my son’s cell phone, and my granddaughter’s shoe.

Seat belts helped save their lives as did the strong truck my son had purchased that week with the express purpose of keeping his children safe.

As wonderful as seat belts and strong built trucks proved, we know God’s angels held each of those three lives in protective hands. God has a plan and purpose for each of us. God didn’t intend for last Friday’s crash to cripple or end any of those precious lives. Perhaps he wanted to point out to those involved in that deadly crash, that life is fragile and easily lost. Perhaps He had another reason. Probably He had many reasons. I do know that it was not God’s time for them to die.

No one inside the truck saw the on-coming vehicle that could have spelled death. The impact was completely unexpected. We do not know when death or pain will hit us, but we do know that in this life we will experience pain, and we will die. How do we live with that knowledge?

God tells us in his Word in Hebrews 1:14, Are not all angels ministering spirits sent to serve those who will inherit salvation?
I know my son and my two granddaughters were safe in the hand of God when the truck in which they rode was demolished. There is no safer place then inside the hand of God. John 10:28 – My sheep listen to my voice; I know them, and they follow me. I give them eternal life, and they shall never perish; no one can snatch them out of my hand.

ANNE GREENE delights in writing about alpha heroes who aren’t afraid to fall on their knees in prayer, and about gutsy heroines. Read her Christmas novellas, A Christmas Belle and A Groom For Christmas. Her Women of Courage series spotlights heroic women of World War II, first book Angel With Steel Wings, and read her private investigating series, Handcuffed In Texas, first book Red Is For Rookie. Enjoy her award-winning Scottish historical romances, Masquerade Marriage and Marriage By Arrangement. Anne hopes her stories transport the reader to awesome new worlds and touch hearts to seek a deeper spiritual relationship with the Lord Jesus. Buy Anne’s books on http://www.Amazon.com.

Holly Garden, PI, Red Is For Rookie, is the first book in a new Stephanie Plum-type mystery series. 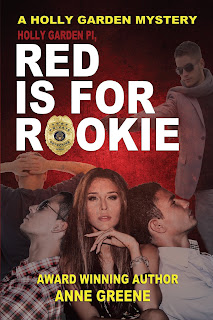 Except Holly has a Christian world view.

A rookie private investigator tracks a kidnapper poised to kill her best male friend. Will she find her friend in time to save his life? A seasoned PI from a competing firm dogs her footsteps. So why is she falling for the guy? Will she trust her heart to the life-long friend or the danger-addicted PI?

In this first book, Holly progresses from rookie to experienced PI. She gains confidence in her ability to perform her job. She grows from questioning her career choice to realizing she’s in the center of God’s will. She discovers she can be a Christian light in the dark world of criminals. She recovers from being left at the altar and having no love life and discovers two to-die-for men love her. She’s primed for the new PI job the Lord sends her way.


RED IS FOR RACE
Tracking a kidnapper is an unusual assignment for a private investigator. But Matt is Holly’s lifelong friend. During the race to save him, Holly discovers a lot more than she bargained for. Matt’s in love with her.

RED IS FOR RISK
Holly’s world has never been more dangerous. Her mother’s convinced Holly will end up dead, so she hires a PI to protect Holly. She needs Stryker’s savvy and expertise and is eager for his help, though she risks her heart working with the danger-loving man.

RED IS FOR REVENGE
Stryker’s past returns to haunt him. The kidnapper wants revenge. Stryker risks his life Holly. The dangerous race transforms Holly from a Rookie into a seasoned PI. But with the two men turning her life upside down, can Holly take the heat?