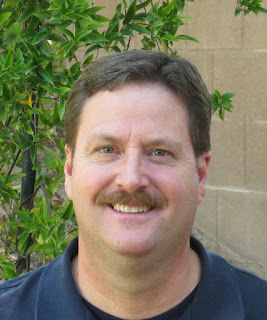 Please welcome Scott R Rezer to my blog this week. Scott is giving away a Kindle copy of his book Love Abideth Still: A Novel of the Civil War. Be sure to read on down and answer Scott's question to be entered in the giveaway. Don't forget to leave your email address and let me know if you are a feedburner follower for an extra entry.

Have you ever thought about what it would be like to meet one of your ancestors? A great-grandmother, perhaps, or a distant uncle on your mother’s side twice removed. Perhaps, someone famous—or maybe someone… not so famous? We all have colorful characters hanging up there in our family tree, people we would dearly love to meet given the opportunity. For nearly forty years, my family and I have researched our genealogy, trying to add flesh and bone to the stories we all grew up hearing. It has yielded some startling and amazing results, sometimes things we never dreamed we would learn and some things perhaps best left undiscovered. We have learned almost everything we can about most individuals in our family tree, but we still yearn to discover so much more—things you simply cannot find in dusty old courthouse records or tattered Bibles. Genealogy is a fluid, ever-changing pursuit of the elusive, exciting one moment, disappointing and frustrating the next. The thrill of it is never knowing when another big discovery lies just around the corner.


Two years ago, I published Love Abideth Still, a novel about my 3rd great-grandparents, Taylor and Sarah Rezer, a story born from a magazine article I wrote a few years before to honor the memory of my great-grandfather and his service in the Civil War. Only after writing the article, did I decide to turn it into a full-length novel about him and his wife. At the time, we knew very little about them—names, dates, places—but something compelled me to tell their story. Knowing Taylor had served as a soldier in the Union Army during the war and died a paroled prisoner peaked my curiosity most of all. I wanted answers to so many questions. Why did Taylor enlist—not once, but twice? How had Taylor been captured? Why had he died? What was his life like as a soldier? How did Sarah cope with the tragic loss of her husband? I needed to know so much more, so I decided what better way to bring them to life once more than to write about them.


Plain and simple, the novel is a love story in the midst of war, one that begins tragically, but ends triumphantly. I was a little hesitant at first about this project as I wasn’t sure how it would turn out. After all, the emotional attachment of a novel based on one’s ancestors can render a story far more interesting to a writer than to a reader. Still, it seemed a simple enough story to write. I was wrong. Little did I know how much it would affect me before I finished. It not only broadened my appreciation of Taylor and Sarah’s lives, but the sacrifice made by all those who lived during the war—not just the sacrifice of the soldiers, but also those who remained behind back home. Writing is a reward all its own; writing about people who are your own flesh and blood is something altogether different. It is a reward far beyond description. The knowledge of having had great-great-great-grandparents such as Sarah and Taylor humbles me every day. It is a privilege to honor them in such a way.


Telling Taylor and Sarah’s story has recently encouraged me to begin writing about another Civil War ancestor who, until recently, was also little more than a name. The last few years, though, have yielded a wealth of exciting information that reveal a wonderful story I had to share. It is entitled Love Remembreth Not and follows the life of a young man, my second great-grandfather Henry Heimsoath, a Confederate soldier who entered into the Orphan House of antebellum Charleston at the age of six and became a veteran of a terrible war by the age of twenty-three. He lost everything he held dear—family, friends, his home—only to discover love in the most unlikely place and time. It seems a simple enough story to tell, but we will see. I cannot wait to see how it turns out.


In writing my Civil War series, I am keeping alive the memory of my ancestors—even if only in a fictionalized story of their lives. I am a firm believer that our past helps define who we are in the present. The memory of those who came before us influences our own lives. Families pass on more than just inherited genes. They leave legacies for us to share and to emulate. Whose story would you like to learn about and pass on? 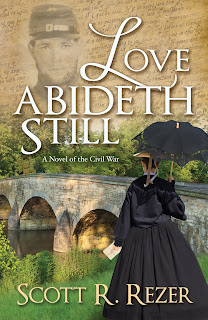 A country torn by civil war…

Five months after his death, the body of Sarah’s husband, a Union soldier, finally comes home for burial in Philadelphia. Taylor’s burial, though, rather than putting her unresolved grief to rest, begins a journey that will not just test her faith, but will plumb the depths of her devotion to her dead husband. Pushed to the edge of anger and despair, Sarah turns to the few letters sent to her by Taylor from the front lines in a desperate need to understand the guilt she feels over his death. From the bloody battlefields of Winchester and Bull Run to the quiet streets of Philadelphia, comes a story of war and forgiveness—of a love rekindled from beyond the grave.

About the Author: Scott R. Rezer was born in Doylestown, Pennsylvania in 1963. He met his wife while serving in the United States Air Force. They have two grown children and live in the Southwest. He is an indie published author of four historical fiction novels ranging from the Civil War to the Crusades to ancient history. The Historical Novel Society selected two of his novels (The Leper King and Shadow of the Mountain) this year as Editor’s Choices. He credits his grandmother, a local historian, for awakening in him a deep appreciation of both writing and all things historical. He is currently working on two other novels.
Links:
Website: http://bit.ly/1lPeIVE
Facebook: http://on.fb.me/1ngMVgE
Pinterest: http://bit.ly/1FvcibA
Posted by Debbie Lynne Costello at 3:30 AM