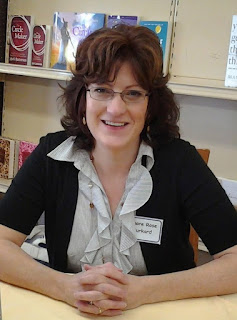 Please welcome Linore Burkard to my blog. Linore has an exciting new release out called Pulse. I read Pulse and loved it. A great gift for any teen or adult! It really makes a person think about the future. Read down to find out how to be entered.
Why I wrote PULSE.

PULSE is a new genre for me as a writer, but I felt compelled to write it even though it is light-years from my sweet historical romances, and even though my readers have come to expect a cozy book from me.
I don't want to disappoint anyone, mind you, but writing PULSE felt non-negotiable to me. I felt like God put it on my heart--so I did it.

Here's the thing: WHAT IF something like a catastrophic EMP really does happen? Just yesterday a news story proclaimed that if a severe solar flare occurred, earth would have about 12 hours to brace itself for the impact. And you can't get ready for something like that in 12 hours. Historically, there have been severe weather events from the sun that, if today's technology had existed then, would have been wiped out by it. (Or at least severely disrupted and damaged.) Solar flares do happen. They expect one to happen eventually--possibly quite soon. 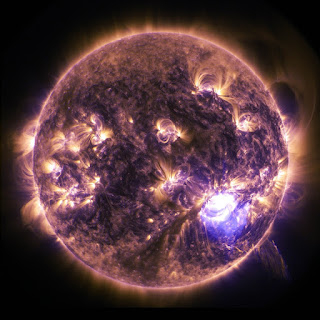 The idea that people aren't ready for such a thing--but COULD BE--just wouldn't leave my mind. So I wrote PULSE to show that the consequences of not using wisdom to steward your resources (by storing some of them) are really not something anyone would want to live through.

(Smiles) Sometimes we want to bury our heads and think that this will never happen because it's just to scary to think about. But that's where story comes in. PULSE is about three teenage girls and their families and you get to know them and you get to care about them. It's fiction and it draws you in. It's not didactic, not a lesson--it's a story. It's one possible reality. My hope is that it will make people think, help them realize they are not helpless when it comes to preparedness. The Lord is certainly in control of everything, but he appoints us as stewards and expects us to use our brains to manage resources wisely. That includes storing food and water for emergencies or any difficult time.

As I say in the Afterword of the book, even if you never experience a catastrophic disaster, food storage makes sense because things happen...jobs are lost...disabilities occur...having a couple weeks' worth of supplies for the family (or more) can make all the difference in the world. 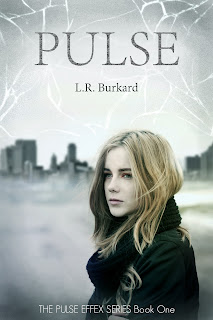 So here's what it's about:


Three teenage girls and their families must survive when America's worst nightmare actually occurs: The failure of the electric grid due to an electromagnetic pulse.


Only one was ready.


Which one are you?


To those on the outside, Andrea Patterson has the American Dream house and family. But when the world stops and life changes forever,  the American Dream looks more like a nightmare;  one from which she and her family might not wake up alive.


There's no power, no lights, no internet, no cell phones, and not even a stinking working car.   Who would ever have thought this could happen in the U.S.A?


Lexie  Martin's farm family has never been cool like Andrea's, but they've been prepping for a big event for years. For them, the world didn't stop; it just slowed down. Taking in their elderly neighbor makes life seem almost cosy. The only thing they didn't prepare for? A  paranoid bus driver who wants what they've got.


Sarah Weaver, friend of Andrea and Lexie, lives on the top floor of a ten-story apartment building.  When things went black, she thought it could be romantic, like living in the time of Jane Austen.


Has the world collapsed forever?
Who will survive when technology fails?
Or maybe the right question is,


Who will get to eat?

Linore is giving away a copy of her e-book. Leave a comment to be entered. Let us know, what do you think about preppers?

Purchase link: http://amzn.to/1J7CybR
Also available in paperback.
More about Linore:
Linore R. Burkard has been blessed and afflicted by her imagination all her life.   At age nine, she attempted her first novel. It was a way to channel wishful imaginings and longings that real life didn't offer.

After college, marriage and children, L.R. again began writing novels. Her first published books were historical romance with Harvest House Publishers, and are available on Amazon and other online retailers.  PULSE is her first suspense novel.  A series is in the works.
Connect with Linore:
http://LRBurkard.com