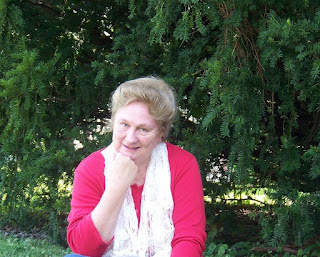 Please welcome Carole Brown to my blog this week. She's generously offered to give away a copy of her new release Bat Crazy, winners choice of paperback or ebook! Be sure to leave your email and don't forget to let me know if you are a follower of my blog for an extra entry.

Ever known a relationship that’s grown bad? Of course, we have! In this world with all the rush and stress, many have known or experienced a relationship gone wrong.

Denton is grouchy and set in his ways, overly protective and jealous of his wife and sometimes forgetful to bring his wife into the loop as far as solving mysteries go.

Alex is far too trusting and borders on being a daredevil. She also spends way too much money on shoes and cares a little too much about “the right image.”

In Bat Crazy, I showed two secondary relationships. One was a blossoming romance from characters where one is protecting the other and thus hinders the investigation. In the second relationship, each individual was bent on their own way and were very unwilling to compromise. And both had different endings.

I hope in this series that readers can get a hint of real romance and a bit of encouragement in their own lives.

Denton doesn’t think so and Alex hopes not, but who are they to quibble with the local gossip?

Transmission problems and a blown tire land Denton and Alex Davies right in the middle of a dilapidated, unfriendly town that’s welcoming no strangers, least of all nosy ones with a bent toward solving mysteries.

But with support from the town detective--an admirer of the Davies--and their own tenacious personalities, Denton and Alex aren’t easily scared off. Not when warnings in the form of painted bats show up on the porch of their rented cabin, not when the mayor threatens to run them out of town and not even when Denton finds the bones . . .

An ancient story, a bit of a map, a lost jewel and even a bat clan serve to provide the Davies and their sidekick, Taffy, the dog, their hardest case so far. 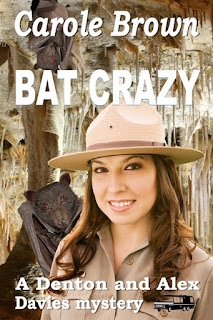 More about Carole:
Besides being a member and active participant of many writing groups, Carole Brown enjoys mentoring beginning writers. She loves to weave suspense and tough topics into her books, along with a touch of romance and whimsy, and is always on the lookout for outstanding titles and catchy ideas. She and her husband reside in SE Ohio but have ministered and counseled nationally and internationally. Together, they enjoy their grandsons, traveling, gardening, good food, the simple life, and did she mention their grandsons?


Posted by Debbie Lynne Costello at 2:30 AM