For Such a Moment by Marie Coutu ends December 23rd 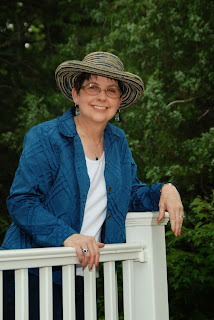 PLEASE WELCOME MARIE COUTU TO MY BLOG. SHE IS GIVING AWAY AN E-COPY OF HER BOOK, FOR SUCH A MOMENT. LEAVE A COMMENT WITH YOUR EMAIL ADDY TO BE ENTERED. AS ALWAYS, DON'T FORGET TO LET ME KNOW IF YOU ARE A FEEDBURNER FOLLOWER FOR AN EXTRA ENTRY.

“How do you write a contemporary story based on biblical people?”
That’s a question I am often asked, right after, “how did you get the idea to write a novel about a modern-day Esther?” The latter question is easier to answer: like most writers, I find ideas for stories everywhere. A vacation to Williamsburg prompts a book idea about a character that lived there. An afternoon watching whitewater rafting and kayaking inspires a scene for a novel already in the works. A story told by a coworker over lunch is filed away in my idea list for use in a future book someday.
When I decided to get attention about writing a novel, I was reminded of the adage that there are no new stories, only the same stories told in new ways. Since I had long considered Queen Esther a great role model, I began to imagine what her life might be like if she lived in America in the Twenty-First Century. Because the basic elements of a story are present in the Bible, that seemed like a good place to start.
After I decided on a location and the character traits for Ellen, her story was relatively easy to plot. However, I needed to translate the story arc, conflict, and character journeys from an ancient story into believable situations of today. The foreign land I selected for her country of origin—one which I still have not visited—required extensive research. It’s a great compliment when people who have lived in or visited Guatemala say they can tell that I’ve been there!
The biblical record provides far less details in the stories of the characters I’ve selected for the next two books in the Mended Vessels series. We’re given a few hints, but not much in the way of back story or happy endings for the Samaritan woman at the well or for Bathsheba. But that means I have, literally, a blank page. I can develop the characters, the plot, the conflict, and take the story in any direction I want.
Or, I should say, in the direction the characters want to go. After all, that’s what we writers do—we tell the story that our characters want told.
In the case of the books I’m writing, I think my characters want to move across the centuries to bring their stories to life in a new way. I only hope I can be an adequate scribe.

For Such a Moment


Revealing her secret could save lives…or change hers forever. In this book that re-imagines the story of Queen Esther in a contemporary setting, Ellen Neilson enjoys her comfortable life as the wife of an American CEO. Having lived in America since the age of ten, she has forsaken her mixed heritage and kept aspects of her childhood secret. Her husband has become engrossed in his job, and she believes having a child will salvage their troubled marriage.


When her cousin Manuel, whom she hasn’t seen for twenty years, shows up as one of her husband’s managers, Ellen fears that her past will be revealed.  The company buys a banana plantation in her home country of Guatemala, and Manuel informs her that illegal pesticides have poisoned the water. People are dying, but she doesn’t know who’s to blame for the cover-up.

Marie Wells Coutu has written for newspapers, magazines, business, government, and nonprofit organizations. Her debut novel, For Such a Moment, won the Books of Hope Contest sponsored by Write Integrity Press and is the first in the Mended Vessels Series, contemporary stories based on Biblical women. She has lived in five different states and has worked for the Billy Graham Evangelistic Association for fourteen years. She and her husband have two children and three grandsons.
Posted by Debbie Lynne Costello at 9:08 AM