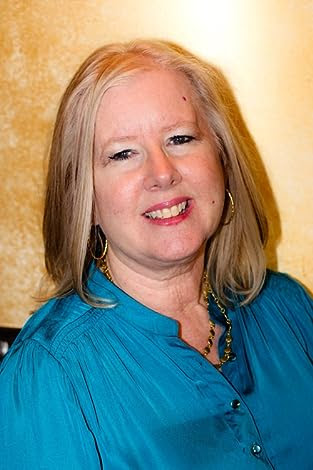 Please welcome  Johnnie Alexander Donley to my blog. She is giving away a copy of her ebook Where Treasure Hides. Leave a comment to be entered. Don't forget to let me know if you are follower for your extra entry.

I’m relaxing on my brown leather couch in our family room with my netbook propped on a pillow. My cute little papillon Rugby is beside me, sound asleep and with his hind legs up in the air.

Typical for an evening at home, I’m wearing jeans, a long-sleeved sweater, and blue socks. (Actually, that’s typical for daytime, too. Except for the socks.)

What is the funniest, strangest, or most interesting thing you have learned when doing research?

It’s estimated that only about six to eleven percent of Jewish children in Europe survived World War II---a horribly tragic statistic. One young boy spent his days sitting on a wooden chair inside a wardrobe. The family hiding him lived in an apartment, and they couldn’t risk their neighbors finding out about him. Stories like this one are heartbreaking but also heroic. It required great courage to protect a Jewish child during those awful war years.

I was drawn to the plight of the hidden children and wove a little bit of what I learned into my novel. The opening scene of a train official threatening to take away a young Jewish boy’s violin is based on a real event. My heroine smuggles twins from Holland to England, and my hero becomes Papi to a German orphan.

What is something that very few people know about you?

I have an irrational fear of broken glass.

What is your favorite material item that you own (examples: ipod, Gone with the Wind book, grandmother’s rocking chair)

This one is hard. Do I choose the angel figurine I received on my 9th birthday? The baby doll quilt I’ve had since I was two? Family photo albums?

Those are all precious, but I’ll choose my mom’s class ring. She lost the onyx and school crest before she gave it to me, so the ring has a polished gold surface. I’ve been wearing it since I was about thirteen. It’s over sixty years old.

If you could live in any time period other than the one we live in, past or future,  when and where would that be and why?

Another tough one. I hesitate to go too far back in time because I appreciate hot showers and air conditioning. And yet, I’m a fan of the Jane Austen era. Just please let me have enough of an annual income to live in a charming cottage, perhaps in the Cotswalds.

If you were writing a book about your life what would the title be?

The phrase comes from a verse that has been a favorite since I was a teen. Ecclesiastes 11:7 says, “Truly the light is sweet, and a pleasant thing it is for the eyes to behold the sun” (KJV).

I don’t spend much time outdoors, but I need sunlight. A skylight brightens my kitchen, and a few of my windows are without curtains. My car has a sunroof.

I love sunshiny days, and I love how the sun sometimes shines even through the rain here in Florida.

What one novel did you read that made you want to be a part of the story?

I’m sure there’s more than one, but I’d love to live in Lothlorien or Rivendell even though I’m not an elf. So I’ll say The Lord of the Rings trilogy.

It’d also be fun to explore the hundred rooms of Misselthwaite Manor (The Secret Garden).

What is the biggest secret you ever kept (of course it can’t be a secret anymore)?

A big secret that’s no longer a secret---this is the hardest question of all. I suppose it was when Tyndale first contacted my agent about their interest in my novel. That was a difficult secret to keep until after the contract was signed, sealed, and delivered.

What is the craziest thing you’ve ever done?

I am not a crazy and wild gal, so there’s not much to choose from. Probably the craziest thing I’ve ever done was to go see Pirates of the Caribbean: The Curse of the Black Pearl nine times when it was in theaters. I just loved the story, the language, the wit, and the pure fun of the movie.

While writing about my Pirates obsession, I remembered something else that was absolutely “you’ve-gotta-be-kidding” ridiculous. When I first learned to play Angry Birds, I didn’t know to tap the screen to have the birds do whatever they do. I got stuck on a level, something like 1-14, and was determined to beat it. “One more time,” I kept telling myself. “Just one more time.”

I said “just one more time” until I finally beat that level. And realized it was 4:30 in the morning. I had “one-more-time’d” for hours. Something like nine hours. (I’m so embarrassed!) 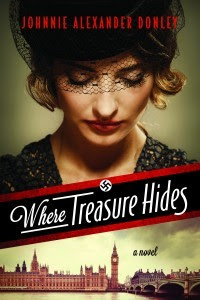 Artist Alison Schuyler spends her time working in her family’s renowned art gallery, determined to avoid the curse that has followed the Schuyler clan from the Netherlands to America and back again. She’s certain that true love will only lead to tragedy—that is, until a chance meeting at Waterloo station brings Ian Devlin into her life. Drawn to the bold and compassionate British Army captain, Alison begins to question her fear of love as World War II breaks out, separating the two and drawing each into their own battles. While Ian fights for freedom on the battlefield, Alison works with the Dutch Underground to find a safe haven for Jewish children and priceless pieces of art alike. But safety is a luxury war does not allow. As time, war, and human will struggle to keep them apart, will Alison and Ian have the faith to fight for their love, or is it their fate to be separated forever?
Link to Chapter One:
https://docs.google.com/file/d/0B3f5X1OTj89OZFU0MllxcFFaSkU/edit?pli=1