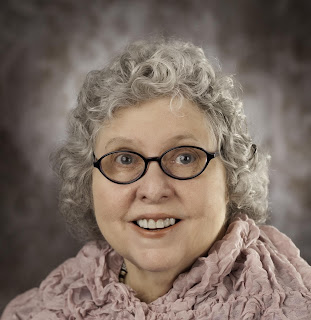 Please welcome Molly Noble Bull to my blog this week.
Where are you right now (LVR, DR, Bathroom) and what are you wearing? You have to tell the truth.Molly: I am wearing an old red dress trimmed in blue with yellow and purple flowers around the neckline. I am also wearing brown house shoes, and I am sitting here at my computer answering questions about my writing and telling about Gatehaven.

What is the funniest, strangest, or most interesting thing you have learned when doing research?
Molly: Gatehaven, my long upcoming historical Christian Gothic Novel, was set in a mansion in the north of England in 1784. Though I did a lot of research before and while writing this novel, nobody on earth today was alive in 1784. So who can say that my fictional settings are wrong? I think that is interesting.

What is something that very few people know about you?
Molly: I am dyslexic. I really didn’t start learning to read and spell until the fourth grade. Since revealing this, I discovered that many published novelists are also dyslexic. I cannot help but wonder if there is a connection. Those reading this interview that would like to learn more about Dyslexia, please consider buying and reading The Overcomers: Christian Authors Who Conquered Learning Disabilities, a non fiction book I wrote with four other Christian authors. The Overcomers is available in trade paperback and also as an e-book at Amazon and other places. Here are the names of all five authors. Molly Noble Bull, Ginny Aiken, Margaret Daley, Jane Myers Perrine and Ruth Scofield. And yes, Margaret is a former president of ACFW.

What is your favorite material item that you own (examples: ipod, Gone with the Wind book, grandmother’s rocking chair)
Molly: I like a lot of things. But the item/items most precious to me are photos of my family. If there was ever a fire, those are the items I would grab first.

If you could live in any time period other than the one we live in, past or future,  when and where would that be and why?
Molly: I look forward to living in the New Jerusalem. But as a child, I often pretended to be on a wagon train headed west or at a ball wearing a hoop-skirt. As a modern day Christian, I feel out of step with the world today. I sometime wish I could go back to a better time, and writing historical novels allows me to do that.

If you were writing a book about your life what would the title be?
Molly: I never thought about that until this instant. So here is my first guess as to a title. Molly, Warts and All

What one novel did you read that made you want to be a part of the story?
Molly: That is easy, Tom Sawyer. I loved at book. I saw it as a romance novel for ten-year-olds. I had a good friend and playmate named Ruth. (But not the Ruth mentioned earlier.) When we were nine or ten, Ruth and I acted out Tom Sawyer dozens and dozens of times. But in order to act out this “pretend” elementary school romance, one of us had to be Tom and the other had to be Becky Thatcher. Well, we both wanted to be Becky, but somebody had to be Tom. So we stitched. Half the time I was Becky and she was Tom. Then Ruth was Becky and I was Tom. Oh, what fun we had acting out those wonderful adventures.

What is the biggest secret you ever kept (of course it can’t be a secret anymore)?
Molly: Before I became a Christian novelist, I dreamed of becoming a professional singer, but that never happened. Now I sing in tongues to the Lord—mostly during prayer and seldom in front of fellow Christians. For me, singing in tongue is very private and personal and something I do during prayer.

What is the craziest thing you’ve ever done?
Molly: One the characteristics of dyslexics is the ability to influence others. It isn’t surprising that we make great salesmen and saleswomen. One day while in high school, I decided to start a trend. So I told every girl I knew that the next day was Pigtail Day. The next morning almost every girl in my high school wore pigtails to class—no matter how short their hair was. By noon that day, all the girls that I saw had their hair in pigtails. It was a fun moment.


I was born in Kingsville, Texas, and I married my college sweetheart. We have three grown sons and six grandchildren.
In late 2012, I entered Gatehaven in the 2013 Creation House Fiction Writing Contest, and it won the grand prize. As part of my prize for winning, Gatehaven will be published in trade paperback on November 1, 2013 and later as an e-book.
Gatehaven is a scary historical but there are no vampires or such in it. In fact, it has a strong Christian message. I hope all those who like Christian Gothic Novels will enter to win the novel give-away, and in November, after it is published, I will send a free copy of Gatehaven to the first three people who will agree to write a review of Gatehaven for Amazon and/or Barnes and Noble, even if you don’t like Gatehaven after you read it. 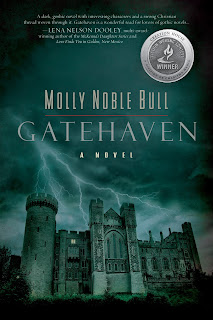 Gatehaven by Molly Noble Bull is a Christian Gothic historical novel set in a haunting mansion in the north of England where Ian Colquhoun and Shannon Aimee battle a Frenchman with dark secrets—spiritual warfare vs. the occult.


Will they learn enough about God’s Word to defend themselves and others or will evil overcome them?


.   A dark, gothic novel with interesting characters and a strong Christian thread woven through it. Gatehaven is a wonderful read for lovers of gothic novels, and I am one. Thank you, Molly Noble Bull, for this page-turner.--Lena Nelson Dooley


.   Lena Nelson Dooley is the multi-award-winning author of the McKenna's Daughters Series and Love Finds You in Golden, New Mexico 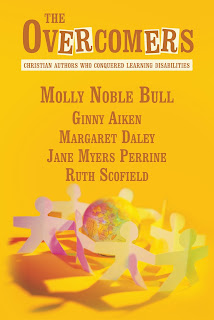