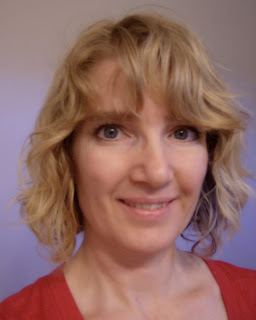 Susan Lohrer grew up in more towns in western Canada than she has fingers to count them on. She currently lives in southern BC with her husband of more than two decades, their two teenagers who are still at home, three dogs, and far more aquariums than a reasonable household should contain. She believes life is always better with a healthy dose of humor.

Please welcome my sweet friend, great editor, and awesome author, Susan Lohrer. Susan is giving away 2 copies of her new release, Rocky Road, one paperback and one ebook.

Where are you right now (LVR, DR, Bathroom) and what are you wearing? You have to tell the truth.
I’m in my home office (it’s where my computer lives). And I’m wearing a pink T-shirt and bright orange skinny jeans. Do people really do interviews in the bathroom? I’ve taken my own picture in the bathroom before, but only because the mirror makes it easier to get my face in my camera’s viewfinder. That’s not weird, right?

What is the funniest, strangest, or most interesting thing you have learned when doing research?That people love to share their experiences and knowledge with authors. When I first set out to do my research, it was hard getting up the nerve to say, “I’m writing this romance novel, and do you have a few moments to talk to me about X, Y, or Z?” But I did eventually get up my nerve because there’s some stuff you can’t learn from Google. I had several medical people weigh in on Rocky Road, from physical therapists to a speech and language pathologist. Even people I’ve never met were willing to help, like Peg’s Car Guy in Colorado—a car dealer, who, though he knew my intent was to harm my hero’s car, sent me a huge package full of information on old Mustangs. For my second romantic comedy, Over the Edge (it’ll be out July 25, and you can get a sneak peek at the end of Rocky Road), I called a police station in Idaho, and one of the officers chuckled a little at my request to know exactly what the station smelled like and then proceeded to help me make my fictional police station look and smell authentic. And Sharen, my kids’ high school principal, shared tons of stuff that helped make that book’s setting and heroine true to life. In fact, I’ve never ever found a person who didn’t want to help out with research for a novel. Researching novels really bolsters one’s faith in humanity.

What is something that very few people know about you?
Oh, gosh, that’s a hard one. I blather about everything all the time, so I’m sure everyone knows all there is to know about me. Um, OK, I have one: In high school I played the saxophone and won every music award the school had—but I couldn’t improvise to save my life. Apparently I was saving my creativity for when I started writing.

What is your favorite material item that you own (examples: ipod, Gone with the Wind book, grandmother’s rocking chair)
My Royal Doulton figurine. I wanted one all my life, and a few years ago my husband got her for me for my birthday (well, I showed him a picture of her and told him that’s what he was getting for me, and then I ordered her). He’s a fabulous gift picker-outer.

If you could live in any time period other than the one we live in, past or future,  when and where would that be and why?
I guess I’d pick the future. I’ve tried my hand at raising farm animals and vegetables and doing laundry without running water (that last one wasn’t by choice); water is heavy, and slaughtering chickens and chasing pigs all over the front yard isn’t my cup of tea—and I really prefer having hot running water in the house—so that’s how I know I definitely wouldn’t want to live very far in the past. And I’d be happy living anywhere that has 1. a couple of months of proper summer 2. mountains (something about flat places makes me nervous).

If you were writing a book about your life what would the title be?
Do What You Want, You Will Anyway. It’s something my exasperated husband said a couple of weeks after we got married, and his father was dumfounded at his having acquired this wisdom at such a young age. I think it’d be awesome for my biography to emphasize one of my husband’s qualities that has made such a strong, enduring marriage.

What one novel did you read that made you want to be a part of the story?
A Wrinkle in Time.

What is the biggest secret you ever kept (of course it can’t be a secret anymore)?
My writing! One day a friend was over, and it came up that I’d had an anecdote published in the Canadian Reader’s Digest. Well, four of them. So the guy put on a snooty accent, looked down his nose, and said to me, “And now I’m living in the count-reh, working on my no-o-o-ovel.” Well, I did live in the country, and I was working on Rocky Road at the time. But no way was I going to admit it to him after that!

What is the craziest thing you’ve ever done?
This doesn’t seem crazy to me anymore because I’ve been doing it a few years, but it makes some of my friends think I’m nuts. In fact, one of them wanted to make sure I was packing while I do it. Being Canadian, I asked, “Packing what? I’m not going overnight, you know.” Anyway. After a pretty bad car accident, my husband couldn’t ride dirt bikes anymore, so he told me he was going to get a street bike instead. I’m not sure what possessed me, but I shot back, “Then you’d darn well better get me one, too.” So he got me an ancient Nighthawk. So then I was kind of obligated to learn how to ride the thing and get my license. And I love it! Now I’m riding an FZ6 (a sport bike), and I love that even better. She’s red, and her name is Precious (the way Sméagol says it). I don’t have a tattoo, though (in case you were wondering). 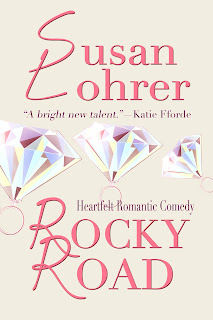 Sometimes the best road to love is a Rocky Road…


Physical therapist Nancy Anne Robertson has her sights set on her dream promotion. Problem #1: she’s engaged to one of her patients, and if her secret gets out, she’ll lose her job altogether. Problem #2: her ex-fiancé is back in town, shooting for the same promotion. Complicating matters are two mothers (and one fiancé) with alarming secrets, an autistic brother with a penchant for wandering off at the most inconvenient times, and four rings—the fake diamond kind, the stolen kind, the sticky wax kind that belongs under a toilet . . . and maybe, just maybe, the kind meant to make a girl say I do.
Posted by Debbie Lynne Costello at 3:00 AM