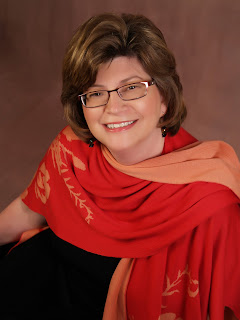 Jillian Kent is the author of the Ravensmoore Chronicles series which includes, Secrets of the Heart, Chameleon, and Mystery of the Heart. These are all historical romantic mystery/suspense novels set during England’s regency era that will keep you turning pages. Jill is a licensed independent social worker employed as a counselor for nursing students. She is also a member of the American Association of Christian Counselors and passionate about mental health and wellness for everyone. She contributes and coordinates the writing of  The Well Writer column for the Christian Fiction Online Magazine. Escape into the past . . . Discover faith for the future are the first words you’ll find on her home page that perfectly describe her stories.

I want to welcome Jillian Kent to my blog. Jillian is a talented author and is graciously giving away her 3 book series, The Ravensmoore Chronicles. Leave a comment and tell us how you like to escape to be entered in this fantastic drawing.

THE ART OF ESCAPISM
I’m thrilled that Debbie invited me here. I’ve decided to share with you why I wrote the three novels I currently have in print and where I think I might be headed next. For those of you who have no idea what my novels are about I’ll give you some information and if you’re interested you can click over to my website and read the first chapter of each novel on my books page.
First of all you’ll notice that my tag line on my website is, Escape into the Past, Discover Faith for the Future. It wasn’t difficult for me to come up with that line; it’s what I’ve been doing for a long time. I’ve always loved escaping into the past but it was really in order to escape the present. There was no other reason for it other than pure escapism from problems I was trying to cope with and I don’t believe there is anything wrong with that, however, I wanted more. I was missing that spiritual thread which was an important part of my life but I hadn’t discovered Christian fiction.
I studied the craft of writing without writing much at all in the early nineties after having my children. I worked full-time and devoted all the rest of my time to my children and husband. My hubby and I have worked continuously since we each received our masters degrees in social work in 1980 and we’re still working. I do have some thoughts of wanting to write full time but I don’t think I’d enjoy writing as much if I did that; at least not yet. I like the work I do as a counselor (it’s as much my calling as writing is) and I also like getting a paycheck. J Did anyone ever tell you that you may not make a lot of money writing novels? It’s true, so don’t write for the money, and if it comes you can celebrate.
I think it was in 1999 that I finished my first novel, Dreams in the Mist, that I still hope to publish someday after another few rounds of revision. If you’ve ever written a book you know that first novels rarely sell and with good reason, they usually stink. However, I believe that with time and knowledge many first books may be salvaged. I was writing that book for the secular market and I wrote my next book for the secular market as well. That book became, Secrets of the Heart, Book One of The Ravensmoore Chronicles.
I rewrote Secrets of the Heart for the Christian market after reading Robin Lee Hatcher’s, The Forgiving Hour. My first two novels in The Ravensmoore Chronicles delve into dark secrets, mental illness, and the treatment of the mentally ill in the early nineteenth century. This was my way of writing about a subject that was very important to me yet allowed me to put some distance between how the issue of mental illness was treated centuries ago as compared to today. And yet I could still explore themes that are relevant today, such as fear, ignorance, prejudice, stigma, etc.
So if any of you are reading this and want to shed light on a subject close to your heart but perhaps too painful to write about in modern times, I encourage you to think about making your novel a historical and bring light to a difficult subject today as you escape into the past to do so.


Tell us how you like to escape to be entered in this 3 book giveaway of The Ravensmoore Chronicles! 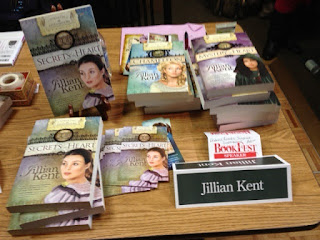 Lady Mercy Grayson has secretly been studying medicine in Edinburgh, Scotland. She has dressed as a man to pursue the same passion her big brother Devlin, Lord Ravensmoore, pursued outside the acceptance of society. Her secret has been discovered. Now she's running away from Scotland and her dreams. Will she be able to accomplish what she feels is God's calling, or will the parameters of society and those who want to use her secret to accomplish their own selfish ends determine the course of her future?
Vincent Lyons, Lord Eden, is an adventurer coming home to London to deliver the mysterious Holy Lance to the prince regent who wants to see if the legends are true surrounding this relic that is said to possess both the power of healing and destruction. His life is catapulted in another direction when he meets Mercy who is pursuing a different kind of adventure that will cause him to question everything he believes.
Both will be forced to examine their personal motives when members of a voudon tribe, the Regent, and the London Legend Seekers Club search to possess the ancient relic for their own purposes.


Chameleon is the story of Lady Victoria Grayson, fondly referred to as Snoop by her physician

brother, Lord Ravensmoore. Lady Victoria journeys to London for the first time in her adult life after battling a chronic childhood illness that kept her home bound for years. She is embroiled in a hornet's nest of intrigue when her brother is called upon to treat a Member of Parliament after a brutal attack.
The Prince Regent has called Jonathon Denning, Lord Witt, from his home in the country to investigate Ravensmoore's activities. The Regent isn't so sure he wants one of his lords working a trade and expects to put an end to what he considers eccentric behavior. Jaded by his profession as a spy, Witt understands that some people are not what they pretend to be. When he meets Victoria his cynical nature is challenged along with his doubts about God. Together they must confront their pasts in order to solve a mystery that could devastate their future.

Madeline Whittington, daughter of the deceased Earl of Richfield, emerges from English society's prescribed period of mourning in the winter of 1817.
Madeline believes that she no longer belongs in a world of gossip and gowns after experiencing multiple losses. When she rescues a runaway from Ashcroft Insane Asylum, her life will be forever changed as she discovers the dark secrets within the asylum walls.
Because of his elder brother's unexpected death, Devlin Greyson becomes Earl of Ravensmoore and struggles between two worlds: one of affluence and privilege and one of poverty and disease. Torn between his desire to become a doctor and the numerous responsibilities of his title, he wrestles with God's calling for his future.
Will he be able to honor this God-given gift and win the woman he falls in love with in a society that does not value gentlemen who work? And will Lady Madeline be able to honor her father's memory when she is attracted to the man she holds responsible for her father's death?

Want to connect with Jillian? You can reach her at these places.

Be sure to leave your email address. Please check your junk mail on and the day after the drawing. I've had to redraw because of no responses. Subject box will have: winner of (book title). I'll email the winner and they'll have seven days to respond. If I don't hear back I'll draw another name. USA shipping only. Thanks so much and please stop back again! Drawing will be held Monday, July 1st at 8:00 A.M. EST. Offer void where prohibited. Odds of winning vary due to the number of entrants.

Posted by Debbie Lynne Costello at 4:00 AM