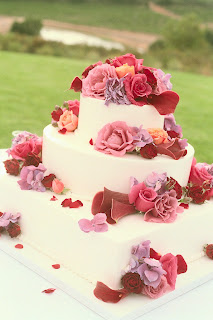 It's another party day! Today in celebration of Kathy's debut novella, Bachelor Buttons, I am giving away a beautiful bracelet and a copy of When the Season Ends by Linore Rose Burkard. Read below for more information. 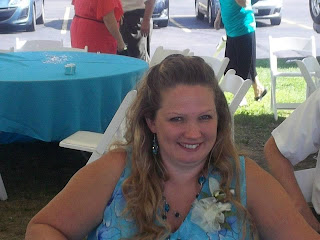 Kathleen L. Maher is a historical romance writer, represented by Terry Burns of Hartline literary Agency. Her Civil War novel took first place in the 2012 ACFW Genesis contest. She lives in upstate New York with her soul mate and their three children, plus two Newfoundland dogs.

Kathy will be on Giovanni's radio show on Today at 10:00 A.M. Be sure to tune in and listen!  http://www.blogtalkradio.com/gelatisscoop/2013/04/30/kathleen-maher-cry-of-freedom-v3-bachelor-buttons

Days after the Union victories at Gettysburg and Vicksburg during the Civil War, Manhattan exploded in three days of mob violence. Dozens of fires burned businesses, homes, and even an orphanage as thousands of outraged people took to the streets, and at the end of the week of July 13-16, over a hundred people had been killed. Who were these rioters and why were they so outraged that they were pushed to such behavior?
After heavy casualties in the two years of war had depleted his volunteer army, President Lincoln signed a Conscription Act into law. Every able bodied man aged 20-45 was registered for compulsory service, and draft lotteries would be drawn in every town and city beginning in mid-July. Most communities complied, but the immigrants in New York City, particularly those of Irish descent felt especially affronted.  They felt targeted by the policy that would allow the wealthy to buy their way out of the draft with a $300 commutation fee, while they, newly emigrated, would have to serve in their place. Furthermore, the draft exempted freedmen—their chief competition for unskilled laboring jobs—because the freedmen were not yet considered citizens. Outraged over this latest overreach from an oppressive administration, the Irish and others rallied and protested at the draft office.
The protests quickly escalated into mayhem—telegraph wires were cut, streetcars were stopped, torches and drunken revelry spread uptown and from the East River to the Hudson until several buildings blazed—not only the Provost Marshall’s office where the draft was being conducted, but in the hours and days to come, Brooks Brothers’ Clothiers, The New York Tribune and dozens of others until the city was under siege.
Besides looting and destruction of Republican businesses and homes, freed blacks were the chief target of their violence. Sadly, the viciousness seemed to know no bounds, and a black orphanage was set fire. Due to the bravery of another Irishman, Chief Engineer Decker who fought the fire for hours, the fire would have spread rapidly and the children may not have been evacuated on time. Another Irishman, Paddy M’Caffrey with four drivers of the Forty-second Street Line, escorted the children to safety despite the thousands of angry mobsters converging on them. Throughout the city deadly struggles ensued, and a dozen black men where lynched by drunken rioters.  In perhaps the most moving story of the riots, a black drug store owner was about to be torched out of his business when from all around, Irish neighbors emerged and drove off the mobs to defend him and his livelihood. The consensus was that he had helped many of them when their children were sick, extending them credit for medicine. They repaid his kindness with saving his life.
I find this chapter of history fascinating not just because I write about New York State and love the Civil war, but also because it shows the extremes in human nature. The evil deeds reflect man’s ineffective attempts to procure justice apart form God, while the heroic deeds prove that not all Irish were bad. Irish Catholic Archbishop Hughs called for an end to the violence, and it did end when troops from Gettysburg were brought up to restore order. My novella Bachelor Buttons is a snapshot of this time and setting, depicting a young lady torn between two suitors when the war imposes on their daily lives. 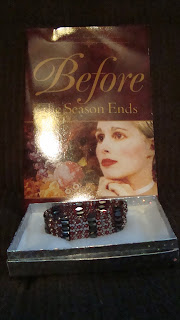 Today I'm are giving away a signed copy of Before the Season Ends by Linore Rose Burkard and a beautiful bracelet. The draft riots were a time in history where people who lived it never forgot it. Leave a comment and tell us what piece of history happened in your lifetime that left such an impression that you will never forget the day?
Don't forget to leave your email addy and let me know if you are a feedburner follower to get an extra entry. 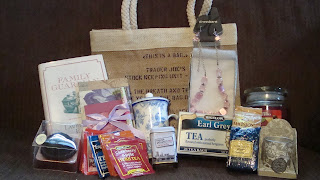 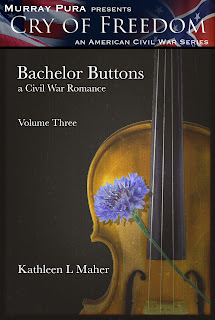 DOUBLE YOUR CHANCES OF WINNING by following my blog with Powered by FEEDBURNER on the right, and don't miss any giveaways (the button with the flame). If you already follow my blog go ahead and follow by FEEDBURNER so you can be entered twice. If you're not getting an email telling you I have a new giveaway you're not following through Feedburner. Just mention that you follow through Feedburner when you leave a comment with each giveaway and you'll be entered twice.
Be sure to leave your email address. Please check your junk mail on and the day after the drawing. I've had to redraw because of no responses. Subject box will have: winner of (book title). I'll email the winner and they'll have seven days to respond. If I don't hear back I'll draw another name. USA shipping only. Thanks so much and please stop back again! Drawing will be held Wednesday, May 1st, 8:00 A.M. EST. Offer void where prohibited. Odds of winning vary due to the number of entrants.