For Maria and Katia by Bruce Judisch ends January 16th 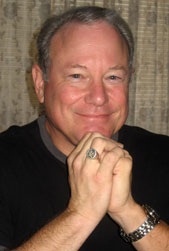 BRUCE JUDISCH is an analyst on contract to the Department of Defense.  His fiction includes the above-mentioned prequel to For Maria, Katia.  He is also the author of “A Prophet’s Tale” (The Journey Begun and The Word Fulfilled, as well as Ben Amittai: First Call, the prequel), a novelization of the story of Old Testament prophet Jonah.  He is also published in a Department of Defense professional journal, the IO Sphere.  His unpublished non-fiction includes more than 18 Bible-study booklets, as well as topical studies on the Seven Churches of Revelation, the Resurrection, and Discerning God’s Will. Bruce’s work can be found on his Web site at www.brucejudisch.com.  He also reviews Christian fiction on his blog at www.brucejudisch.blogspot.com. He lives in San Antonio, Texas, with his high school-sweetheart wife, Jeannie.  They are parents of three and grandparents of fourteen. *Note:  Ben Amittai has been pulled from the market and will become Part One of a revised The Journey Begun, currently under rewrite.
Please welcome Bruce back to my blog. Bruce is generously giving away TWO SETS of his books For Maria and Katia. Ask Bruce a question or tell us your favorite short quote to be entered to win.


“A writer is congenitally unable to tell the truth and that is why we call what he writes fiction.”
—William Faulkner
I was once asked at a book signing how important research is in writing historical novels. I replied that it was paramount, and then went on to describe some of the lengths I went to in order to ensure accuracy in my historical settings and events. The individual who posed the question was genuinely puzzled as to why a novelist would need to do research, since fiction is just made-up stories. That led me to assume the individual was acquainted with William Faulkner. I did my best to introduce him to Margaret Banning:
“Fiction is not a dream, nor is it guesswork. It is imagining based on facts, and the facts must be accurate or the work of imagining will not stand up.”
– Margaret Culkin Banning

There’s a covenant fiction writers establish with their readership when they type the first words of a new manuscript. It carries the same general provision someone expects from their auto mechanic or pastor: that artisans be true to their task, their calling, if you will.
Why?
Drivers buy more than new tires at an auto shop; they entrust their mortal existence to the dealer at 70 miles per hour. And church-goers invest more than a check in an offering plate; they entrust their immortal soul to the advice and leadership of this earthly shepherd. Likewise, readers lay much more than their hard-earned dollars onto the checkout counter at the bookstore. They commit precious hours they’ll never get back, lay vulnerable fragile emotions that can forever change them, and exert intellectual energy that will shape their perception of reality. That’s a sacred trust the author is obligated to honor. The author does so by adhering to Stephen King’s axiom that “Fiction is the truth inside the lie.”
The exercise of research doesn’t need to be heavy, though. Quite the contrary. One of the ultimate joys I’ve discovered in writing historical fiction is the research itself. Gathering data for my series “A Prophet’s Tale,” based in the 8th-century bc Middle East, led me from backtracking astronomical phenomena through the centuries via NASA’s Web site, to browsing dozens of ancient Assyrian cuneiform tablet transcriptions revealing political, economic, and social nuances from the era, and just about everywhere else in between. And neither need research be purely academic.
When researching Katia, I differed somewhat in approach, but not in importance. The story centers on a scene I personally witnessed in Berlin, Germany, on November 10th, 1989, at the fall of the Berlin Wall. One of my main characters describes those events as I saw them, but through his point of view. As an eyewitness, I know them to be accurate. Of course, there was further research needed for the surrounding story, but the writing was made much more delicious by the personal element. Unfortunately, not all writers have discovered this joy or recognize the obligation.
Researching For Maria gave me quite a different experience.  Whereas Katia only took me 30 days to get the first draft on paper, For Maria  took me a year and a half.  The subject matter was research intensive and emotionally exhausting.  There were times I needed to set the manuscript aside for weeks at a time just to regroup and press on.  However, the friends I made in the course of researching For Maria, those who actually lived the story, are priceless.
I once exchanged comments in an online forum with a writer who didn’t quite grasp Mr. King’s axiom. The individual’s WWII-based manuscript included a particular model of German bomber. The writer knew that the gun turret on the bomber was not built to swivel, that it was in a fixed position. The scene he was writing apparently depended upon the turret being movable, so he made it move. He lied, and I cautioned him that he was going to get caught. It would only take one reader who knew something about German bombers to read the scene, and the author’s credibility would go down in smoke and flames along with his bomber. Unfortunately, he took exception to my comment, and the exchange abruptly ended.
Readers, hold your authors accountable. You shouldn’t accept unbalanced tires or theologically flawed sermons. Neither should you accept lies within your fiction. You deserve better.
“Truth is the most powerful thing in the world, since even fiction itself must be governed by it,
and can only please by its resemblance”
–  Anthony Ashley Cooper 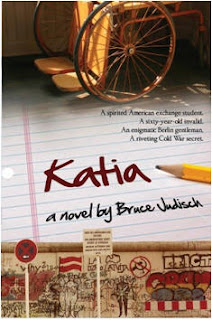 Katia
“Seek the truth, embrace the pain, cherish the freedom.”
Spirited Madeline “Maddy” McAllister is a twenty-one year-old journalism major completing her year as an exchange student at the Freie Universität, in Berlin, Germany. She has a career to launch.
Stalwart Katia Mahler is a sixty year-old German invalid who grew up in post-World War II East Berlin. She has a story to tell.
Enigmatic Oskar Schultmann brings together the journalist and the storyteller. Maddy’s task: to chronicle Katia Mahler’s life.
All three of them discover more to Katia’s story than they bargained for.
Cultures and generations clash, as the young American and the German matron strive to understand each other’s present and past. Maddy learns more than a personal history; Katia receives more than a memoir. And always in the background is Oskar, who gets drawn into the story in ways he never intended.
Peek behind the Iron Curtain and over the Berlin Wall as Katia’s story—the story of a lost generation from a failed state—comes to life through the scribbled notes of a girl struggling to grasp the significance of what she has written for her own life as well as for future generations. 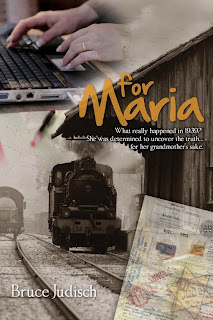 For Maria
December, 1939: The Gestapo haul Izaak and Maria Szpilmann away to the Lublin concentration camp, leaving their twin infant daughters behind to die. But the twins do not die. Rescued by a neighbor couple, Gustaw and Ròsa Dudek, they escape occupied Poland to Salzburg, Austria. They are not heard from again.
Today: Maria Szpilmann has survived Lublin, Auschwitz, and Bergen-Belsen. She is now grandmother to Madeline Sommers, a young journalist who, despite the odds, passionately clings to the belief that the lost twins are still alive. She makes it her single-focused mission to find and reunite them with her failing grandmother before it’s too late

Posted by Debbie Lynne Costello at 8:52 AM