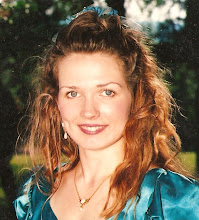 Kathleen L. Maher is the administrator of History Repeats Itself  and of Fiction Addiction Fix. She writes historical romance set in the American Civil War and is a 2012 Genesis Winner for Historical fiction.  Kathy is a member of ACFW, 19th Century Writers, and co-owner of CROWN fiction marketing and Civil War HIStory.

I am so so so excited to have my wonderful friend and terrific critique partner with me this week. Kathy and I came onto the ACFW scene about the same time and connected through a critque group which ended up being only us. We became best of friends. In celebration of her Genesis win we are giving away two fabulous prizes! Leave a comment to be entered. For extra entries, follow my blog, Kathy's blog History Repeats Itself, and our joint blog Fiction Addiction Fix, tweet or facebook about this giveaway with the link. 1 entry for each of these 6 possible entries. Don't forget to leave your email address and let me know what you've done.


I am actually dressed before 7 AM today! It’s a small miracle. I have on denim capris, an orange cotton embroidered tee and my Third Day zip-up hoodie. And purple fuzzy slippers. They’re hideous and comfy as all get out.

What is the funniest, strangest, or most interesting thing you have learned when doing research?
I was doing research on Charleston during the Civil War, so I had my ears open for all things related. I was listening to the radio and heard my local weatherman talk about the strangest weather incident he’d ever heard. He claims to say that a live alligator, fully grown, fell from the sky and landed downtown Charleston in 1862. Can you imagine the rumors of apocalypse that must have circulated? Just today I read on Yahoo news about a two foot shark that fell out of the sky on a golf course in California. They think an osprey dropped it. Why can’t it be money, falling on my lawn? Twenties and fifties would be lovely. Or gold. I’ll take gold as long as nobody gets hurt when it falls.

If you were told you were being sent back to live in the 19th Century, and you could bring one thing from today, what would that be?
I know everyone says toothpaste and deodorant, and that is such a good answer! So besides those, I would bring photos of our modern marvels like airplanes and space travel. I figure it will be a great conversation starter, if it doesn’t get me burned at the stake for sorcery!

What is something that very few people know about you?
Hmmm, I am relatively unknown, so pretty much everything! Heehee  Okay. Most people don’t know that I used to have a really good singing voice. In high school I had the privilege of attending New York State School Music Association’s All State choir two years in a row. We stayed at the Concord Hotel in the Catskills, the same place where Sinatra and so many others have sung. It was a real thrill. But asthma and chronic allergies have eroded that voice from what it once was. I still love to sing along to Kari Jobe and Kutless and Tenth Avenue North, among my favorites. Just not where others can hear me. LOL

What is your favorite material item that you own (examples: ipod, Gone with the Wind book, grandmother’s rocking chair)
My home.
It has creaky floors and a slowly shifting foundation and a roof that will need replacing, but I am so very thankful to God for my home. We were once homeless as a family when my husband was out of work, and I appreciate the miracle it is to live here in a beautiful small town where crime is rare and the church bells chime three times a day, and where I can tend my gardens and watch my children play in safety. I wish everyone that blessing.
What one novel did you read that made you want to be a part of the story?
None. Honestly, I think that is why I write. I’ve read books that I love, but none of the characters ever did what I would have and that made me want to write myself in their shoes, to explore a story world with my own imagination rather than only getting to see what the author shows. That is why there is so much of me in each character I write.

If you could live in any time period other than the one we live in, when and where would that be and why?
I am fascinated by the end times. A little fearful, too, to be honest, with all the tension and hate of the world converging on little Israel to annihilate her. But if these aren’t the end times already I would wish to be in the generation that gets to witness the Lord’s return and to be taken up to meet Him in the air. What could be more fabulous than that?

If you were writing a book about your life what would the title be?
Not Perfect Yet

You recently won the Genesis contest can you give us a glimpse of what it’s like and the work that went into getting there?
I’m sure my route was more circuitous than most. That is my typical way of getting anything done—the hard way. I’ve been writing this particular story since 1987. It started as a magnum opus of over 600 pages, but as I learned the craft and after my brilliant critique partner labored many long hours helping me, it was shortened into two separate historical romances that trace brothers from the Shenandoah Valley through the Civil War.
The feeling of hearing my name called on that live webcast that Wynn-Wynn Media so graciously aired was nothing short of surreal. I immediately wept and screamed and prayed that my poor critique partner would somehow do what I never could have—make a coherent acceptance speech. :D And she did! She did simply amazing.

You made your critique partner get up in front of 700 plus people (not to mention the live pod cast) at the ACFW Gala awards. Do you worry how she is going to get you back? ;o)
I am laughing perhaps a bit too hearty right now! Yes, perhaps I should be VERY worried! Debbie Lynne Costello is my crit partner and she is a master at writing suspenseful and action-packed stories, so I have no doubt she has the devious creativity to plot something extraordinary at my expense! *gulp*
:D

Perhaps I had better do something REALLY nice for her for having me here this week. How about we give a second prize to a lucky commenter? Will that begin to appease the wrath of Kubla-Kahn Costello? :D

Only time will tell my friend. LOL 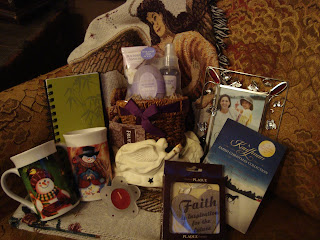 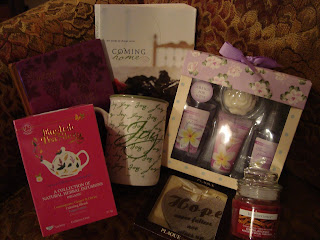 Be sure to leave your email address. Please check your junk mail on and the day after the drawing. I've had to redraw because of no responses. Subject box will have: winner of (book title). I'll email the winner and they'll have seven days to respond. If I don't hear back I'll draw another name. USA shipping only. Thanks so much and please stop back again! Drawing will be held Monday, October 29nd, 8:00 A.M. EST. Offer void where prohibited. Odds of winning vary due to the number of entrants


Posted by Debbie Lynne Costello at 5:00 AM