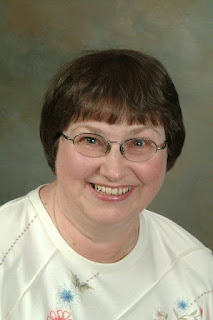 Research is one of the more fascinating components of writing a book. Usually in the research phase I learn a lot of new things that I hadn’t thought of before. Sometimes I find so much interesting material that I know I’ll have to leave a lot of it out of the story, and I have to pick the most riveting things and use those.
One area I was shaky on and needed to research for this series was primogeniture, the system by which British titles and entailed estates are passed on to the eldest son or closest male heir. I thought I knew how that worked, but I wanted to be sure, so I contacted a couple of experts in the U.K. Oh, man, was I ever wrong!
In my story, I had a case where a young man (David Stone) did not expect to inherit his father’s title of earl because he had two older brothers. One of them was married and had a child (a girl as it turned out, but David figured more would come along). He decided to leave home and seek his fortune in America. The story opens twenty years later, in the first book of the series, The Lady’s Maid. It’s 1855. His oldest brother has just died—and his daughter Anne was his only child. The middle brother was killed in the Crimean War. David, however, knows none of this, having moved around and failed to keep in touch with his family for the last ten years. His niece, Lady Anne Stone, sets out to find him.
So the question arises, what will happen if Anne never finds him? Will the estate and title go to another family member—say, a cousin? That’s what I thought, but I was wrong.
In order for a distant relative to claim the title, he would have to produce proof that David Stone was dead, and that he had no living male heirs. If that never happened, the title would go dormant. There would be no more earls of Stoneford.
Wow. At first I thought my story was ruined. Where was the motive to make sure David Stone never turned up? Even if the villain made certain David stayed “lost,” he could never inherit.
After I’d thought about it for a while, I realized that this actually made the story better. The villain had to produce proof of David’s death, which meant David had to die (if you’re of the same opinion as the villain). He couldn’t just die out in the wilderness of the Oregon Territory, either. An official death certificate was vital. And if David had sons, that would complicate things even worse. So the villain’s job got harder, which meant more conflict than I’d expected. I LOVE it!
I hope you enjoy this series. I also hope you’re surprised when the villain is revealed. We’re giving away a copy of A Lady in the Making here, and I also give away books on my Website every month. After you comment here, hop over to www.susanpagedavis.com and use the contest form on the left side of my home page. If your name is drawn, you can pick the book you want.
Have a wonderful reading day!
Susan Page Davis 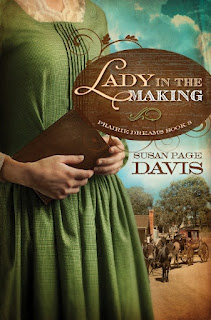 A Lady in the Making
Millie Evans has changed, choosing to leave rather than join an outlaw gang with her brother. Hoping for a new future, she boards a stagecoach and finds that one of the passengers is David Stone—a man she and her brother once tried to swindle. As she tries to convince David she’s different now, her brother’s gang holds up the stagecoach. Fighting beside David goes a long way to softening his heart, but he’s still not convinced. Someone is trying to keep him from reaching England to claim his inheritance. Is Millie involved? Millie must trust God to show David the truth, but will he see before it’s too late?


DOUBLE YOUR CHANCES OF WINNING by following my blog with Powered by FEEDBURNER on the right, and don't miss any giveaways (the button with the flame). If you already follow my blog go ahead and follow by FEEDBURNER so you can be entered twice. If you're not getting an email telling you I have a new giveaway you're not following through Feedburner. Just mention that you follow through Feedburner when you leave a comment with each giveaway and you'll be entered twice.
Be sure to leave your email address. Please check your junk mail on and the day after the drawing. I've had to redraw because of no responses. Subject box will have: winner of (book title). I'll email the winner and they'll have seven days to respond. If I don't hear back I'll draw another name. USA shipping only. Thanks so much and please stop back again! Drawing will be held Monday, October 15st, 8:00 A.M. EST. Offer void where prohibited. Odds of winning vary due to the number of entrants

AFTER LEAVING A COMMENT FOR SUSAN HOP OVER TO HISTORY REPEATS ITSELF WHERE I'M BEING INTERVIEWED AND GIVING AWAY TWO GIFT BASKETS FULL OF GOODIES!

Posted by Debbie Lynne Costello at 7:00 AM