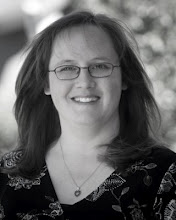 Sandi Rog is an award winning author, her debut novel The Master’s Wall (Book One in the Iron and the Stone series) winning the 2011 Christian Small Publisher’s Book of the Year Award. She lived in Holland for thirteen years and now lives in Colorado with her husband, four children, a cat, and too many spiders.
I am so happy to have my friend Sandi here this week. Please welcome her and leave a comment to be entered in the drawing for Yahshua's Bridge. Be sure and let me know if you follow by feedburner. And don't forget to leave your email addy so I can let you know if you win.
Where are you right now (LVR, DR, Bathroom) and what are you wearing? You have to tell the truth.
I’m in the living room, sitting on the couch. Wearing jeans and shirt with what I call my sweater jacket. I get cold easily.
If you could be any character in any literary book who would you be and why?
I’d love to be Elizabeth from Pride and Prejudice because she had sense and won the love of a very powerful man.
What is something that very few people know about you?
Hmm. I can ride a unicycle and juggle (not necessarily at the same time anymore, lol). I’d like to be able to ride it again. Cancer has weakened me, but I keep praying I’ll be strong enough to ride it again and maybe even teach my son how to ride it.
If you could live in any time period when and where would that be and why?
I would have liked to have lived during the time of Christ, so I could follow Him around everywhere and drink up His knowledge and love. Funny, I never thought of that before. I’ve always been an 1800’s buff, but oh . . . how nice it would have been to meet Jesus. And if I or my family got sick, He could heal us.
If your life were a book what would the title be?
It was the Best of Times, it was the Worst of Times.
If you could meet any person alive or dead who would that be and why? (excluding the Lord)
Blake Williams. He’s an ex-con who baptized my father while in prison. When Blake got out, he continued his ministry, and he became like a second dad to me while I was in college. He died just before my first child was born. I sent him a letter telling him that if I had a boy, he’d be named after him. I never knew if he got that letter until two years after he died (I was in Holland at the time and he was in the US; this was before Internet). After my first child was born, it wasn’t until seven years later that I had a boy and got to name him after Blake. Being around Blake made me “see” and “feel” the love of Jesus.
What is your favorite part of writing a story?
Inventing. Inventing characters, inventing scenes, inventing plots, inventing sentences that make it all come together.
What is the funniest, strangest, or most interesting thing you have learned when doing research?
Although Cappadocia is mentioned in the Bible, I never realized its significance to the Christians over the centuries. The Cappadocian mountains in Turkey were used to hide believers, and several caves were made into homes and churches where they lived and worshipped the Lord.
What is your favorite material item that you own (examples: ipod, Gone with the Wind book, grandmother’s rocking chair)
I’m afraid it’s my computer. I do everything on it: write, research, socialize, etc.

An amethyst stone draws him to his past. An elusive maiden draws him to his future.
Alexander is born into slavery under an abusive master: a master of his own flesh and blood . . . a man he will never call Father. Determined to break away from his master’s hold, Alexander devises a plan to purchase his freedom. But what's he to do when he finds himself shipped off in shackles to Egypt, disappearing from the lives of everyone he knows and loves?
DOUBLE YOUR CHANCES OF WINNING by following my blog with Powered by FEEDBURNER on the right, and don't miss any giveaways (the button with the flame). If you already follow my blog go ahead and follow by FEEDBURNER so you can be entered twice. If you're not getting an email telling you I have a new giveaway you're not following through Feedburner. Just mention that you follow through Feedburner when you leave a comment with each giveaway and you'll be entered twice.
Be sure to leave your email address. Please check your junk mail on and the day after the drawing. I've had to redraw because of no responses. Subject box will have: winner of (book title). I'll email the winner and they'll have seven days to respond. If I don't hear back I'll draw another name. USA shipping only. Thanks so much and please stop back again! Drawing will be held Monday, April 2nd. Offer void where prohibited. Odds of winning vary due to the number of entrants.

Posted by Debbie Lynne Costello at 8:41 AM