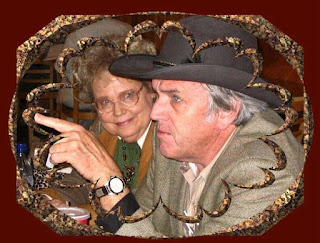 I am so excited to have Janet Bly with me this week. She is sharing such a beautiful story of love and devotion. This dedication of love will knock your socks off. Be prepared to be blessed! And in addition she is generously giving away a copy of their new release, Stuart Brannon's Final Shot.

THE STORY WE KNEW
Initial Summary of Stuart Brannon: The Final Shot
Janet Chester Bly
Copyright©2012
My three sons and I began July 1st, 2011. We had four months to complete the book, Stuart Brannon: The Final Shot. Though we had offers of help from bestselling authors, we realized it was our challenge and privilege. We needed to do this for my husband and their father. 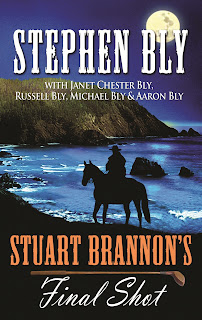 What We Knew
Steve left us 7,000 words, a one-page synopsis and a list of character names.
The basics of the story . . .
Stuart Brannon leaves the comfort and security of his Arizona ranch to find his friend, U.S. Marshal Tom Wiseman, last seen near Gearhart, Oregon. He’s called to this duty by another friend, Teddy Roosevelt. Who can deny a request of the U.S. President?
Brannon will either rescue or vindicate Wiseman. Roosevelt suggests that Brannon explain that he’s headed to the Lewis and Clark Centennial Exposition in Portland for a vacation break.
At the same time, his other dear friend, Lady Harriet Reed-Fletcher, invites him to participate in a Gearhart celebrity golf tournament on behalf of the Willamette Orphan Farm. This is in conjunction with the Exposition. The problem is, he doesn’t know how to play the game. He takes lessons in between searches for Wiseman.
On his way to Oregon, he stops a robbery on the train. Brannon steps up to stop evil, but this gets him into trouble. It’s 1905, the 20th Century. In these modern times, cowboy justice is no longer wanted or needed. And Brannon’s not exactly back in the saddle again. Even his black horse, Tres Vientos, rebels against the foreign atmosphere in which he’s been plunged. Brannon fights with the skittish animal who does fine on Arizona soil, but not the textures and terrors of the big city and coastal beach.
Then Brannon runs into his old nemesis, Hawthorne H. Miller, the author of the outrageous Stuart Brannon Wild West dime novels. They scuffle and a conflict rages.
At Gearhart, a man approaches Brannon who insists that the President wants him to be Brannon’s partner in the search for Wiseman. Is he who he says he is? Then Brannon discovers a former outlaw decked out as an upstanding citizen on the board of directors of the orphan farm. He’s also in the good graces of Lord and Lady Fletcher and their social circle. Has he repented? Does he deserve a second chance at trust?
At the end of the long committee of four process, we crafted a novel. Stuart Brannon: The Final Shot features humor and heart, adventure and a twist of romance. It’s the story of a Code-of-the-West man who is mystified by modern inventions and philosophies, yet can’t help try to right wrongs. It’s also the journey along the frontier of one man’s soul.
At 10:37 a.m., my son, Mike, sent an email: “Well? Ready to push ‘send?’” I still had the crunch of a few last items. At 11:46 a.m., I attached the manuscript of 77,000 words to the editor.
We completed the task. We finished Stephen Bly’s last novel.
~~~~~~~~~~~~~
Janet Chester Bly has authored 30 nonfiction and fiction books, 18 she co-authored with Christy Award winning author, Stephen Bly. Titles include The Hidden West Series, The Carson City Chronicles, Hope Lives Here, and The Heart of a Runaway. She resides at 4200 ft. elev. on the Idaho Nez Perce Indian Reservation. Her 3 married sons, Russell, Michael and Aaron, live down the mountain with their families.
JANET CHESTER BLY
P. O. Box 157, Winchester, ID, 83555
ph: 208-924-5885   fax: 208-924-7303
email:  mailto:janet@blybooks.com  website:  http://www.blybooks.com/
-- B.S., Literature & Fine & Performing Arts Interdisciplinary,
Lewis-Clark State College, Lewiston, Idaho
-- speaker at women’s events on women’s issues, relational challenges,
and devotional themes (topic list available upon request).
-- teacher at writers conferences & workshops on topics like Writing For The Woman’s Heart, Finishing Dad’s Novel: A Family Affair (the process of fiction), Creating A Family History. Mentor, Jerry B. Jenkins Christian Writers Guild; Writer of Year Award, Mount Hermon Christian Writers Conference; Judge, International Self-Published Book Awards, Writer’s Digest Magazine.
-- music director, Winchester Community Church, Winchester, Idaho, president of local Library Board
-- mother of three married sons:  Russell, Michael, and Aaron,
grandmother of Zachary, Miranda, Keaton & Deckard, g-grandma to Alayah.
-- widow of Christy Award winner for Westerns Stephen Bly who authored 106 nonfiction & fiction books, including Stuart Brannon: The Final Shot, Throw The Devil Off The Train, Cowboy For A Rainy Afternoon, Paperback Writer and Once A Parent, Always A Parent.
-- authored 11 books, including Words To Live By For Women (Bethany), Hope Lives Here (Discovery), God Is Good All The Time (Discovery), Awakening Your Sense of Wonder (Discovery), Friends Forever (Aglow), Managing Your Restless Search (Victor Books) and The Heart of a Runaway (Discovery).
-- co-author (with husband Stephen) of 19 nonfiction and fiction books, including The Power of a Godly Grandparent (Beacon Hill), The Carson City Chronicles (Servant), The Hidden West Series (Servant).
-- contributor to 7 books, including What The Wind Picked Up, The Storyteller’s Collection, and Intimate Encounters With God. 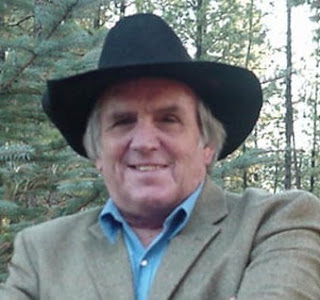 
Winner of last weeks giveaway, the Devotion book and all the goodies is Angie! Congratulations!
DOUBLE YOUR CHANCES OF WINNING by following my blog with Powered by FEEDBURNER on the right, and don't miss any giveaways (the button with the flame). If you already follow my blog go ahead and follow by FEEDBURNER so you can be entered twice. If you're not getting an email telling you I have a new giveaway you're not following through Feedburner. Just mention that you follow through Feedburner when you leave a comment with each giveaway and you'll be entered twice.

Be sure to leave your email address. Please check your junk mail on and the day after the drawing. I've had to redraw because of no responses. Subject box will have: winner of (book title). I'll email the winner and they'll have seven days to respond. If I don't hear back I'll draw another name. USA shipping only. Thanks so much and please stop back again! Drawing will be held Monday, March 12th. Offer void where prohibited. Odds of winning vary due to the number of entrants.
Posted by Debbie Lynne Costello at 8:56 AM