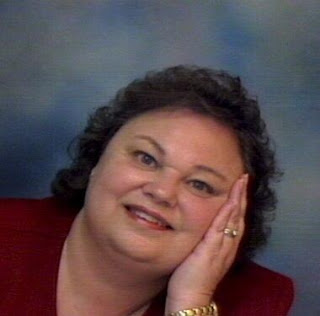 Ramona K. Cecil is a wife, mother, grandmother, freelance poet, and award-winning inspirational romance writer. First published in poetry, she’s had ninety inspirational verses published on gift items sold by Dicksons, Inc., a leader in the Christian gift market. Her other publishing credits include five inspirational historical romance novels and two novellas.
Ramona lives in southern Indiana with her husband, Jim. When not writing, she enjoys reading, gardening, and visiting places of historical interest.
Ramona is giving away a copy of her new release, A Bride's Sweet Surprise in Sauer's Indiana. Leave a comment or tell of a place where you'd like to see a story set and let us know why to be entered into the drawing.
About. . .
A Bride’s Sweet Surprise in Sauer’s Indiana
A Bride’s Sweet Surprise is my seventh published historical romance novel and my first published full-length novel. But that’s not the only reason this story is special to me. Set in my own southern Indiana county, the book was inspired by accounts from my own family’s history.
When my agent informed me about Barbour Publishing’s Americana series and asked if I had any story ideas that might fit it, my “Sauers” story immediately came to mind. Sparked by my genealogist uncle’s stories from our family history, A Bride’s Sweet Surprise had percolated in the back of my mind for some time.
Sauers—a real place in my county—was settled in the 1830’s and 1840’s by German immigrants, many from the village of Venne in the kingdom of Hanover. Devout Lutherans, these hearty people settled first in Cincinnati, Ohio, after arriving in America. Desiring fertile land on which to found their farming community centered around their St. John’s Lutheran Church, they bought forty acres in Jackson County Indiana.
It is against this backdrop that A Bride’s Sweet Surprise plays out. I remembered a story my uncle told me about one of our ancestors who desired to find a bride for his son. The father’s only criteria for the match, it seemed, was that the girl be of German heritage and of a “good family.” The son apparently had as little say in the choice as the young lady. As my uncle told the story my author brain kicked in, and I was struck by the notion that this would make a fantastic premise for a romance story. When my uncle went on to disclose an interesting twist to the story—something I can’t divulge without ruining the story—I knew I would one day work this anecdotal account of my family’s history into a fictional romance novel.
My uncle, to whom the book is dedicated, was a great help in providing me with historical facts of the history of Sauers and the people who founded it. In A Bride’s Sweet Surprise in Sauers, Indiana, I tried to capture the essence of the German farming community of 1849 as I asked myself the author’s question “I wonder what would have happened if. . .” 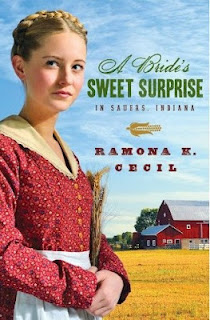 A Bride’s Sweet Surprise in Sauers, Indiana
(Backcover blurb)
Regina’s life isn’t fair. She feels she should be able to choose her own husband, just as her two older sisters did. Instead she’s been told by her father she must marry a man she’s never met—just so Papa can have a German son-in-law. But Regina has a plan. She’s prepared to do whatever she can to make her intended dislike her. . .until one look at handsome Diedrich Rothhaus leaves her heart beguiled and her resolve shaken.
Diedrich has two choices—remain in Germany and face conscription in the Prussian army or agree to an arranged marriage in America. He reluctantly agrees to the marriage, secretly hoping to side-step matrimony and escape to the California gold fields once he reaches American shores. But reluctance turns to rapture when he meets Regina.
Just as love claims their hearts, a cruel family secret comes to light. Can God’s intervention keep their love from slipping away?
Posted by Debbie Lynne Costello at 10:25 AM