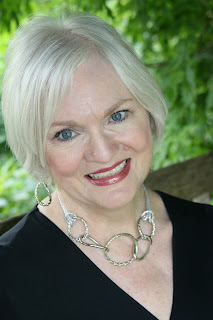 Golden Keyes Parsons is a popular retreat and conference speaker and author of historical novels. Her book, “In The Shadow Of The Sun King,” (Thomas Nelson Publishing), first in a three-book series based on her family genealogy, released Fall 2008, and was named a finalist in the ACFW’s Book of the Year Debut Author category. Her second book, “Prisoner Of Versailles,” was released September 2009 and was named a finalist in RWA’s prestigious Daphne contest and was also a finalist for the AWSA Golden Scroll Novel of the Year. The concluding book in the series, “Where Hearts Are Free” released September 2010 and is a Women of Faith Book Club selection. Her fourth novel, “His Steadfast Love,” a Civil War novel set in Texas, released November 2011. Golden and her husband, Blaine, are retired from the pastorate and reside in Waco, TX. When she isn’t writing or speaking, she is busy with their three grown daughters, eight grandchildren and four great-grandchildren or attending sporting and alumni events at Baylor University.
Where are you right now (LVR, DR, Bathroom) and what are you wearing? You have to tell the truth.
I am in our family room in my big comfortable chair with the huge ottoman. I must confess – I am still in my pj’s J
If you could be any character in any literary book who would you be and why?
That’s a huge question. There are so many choices from all the novels I’ve read, but I’m going to have to say that I would like to be the heroine in my first series, Madeleine Clavell. The reason being that she is patterned after my real ancestor, and I would love to really see what she saw and experience what she went through—to a certain point that is. She had some pretty horrific experiences having to sell her two sons as indentured servants, losing her husband on the ocean voyage to this country, pioneering here alone as a young widow.
What is something that very few people know about you?
I am legally blind in my left eye.
If you could live in any time period when and where would that be and why?
Again, a huge question and so many choices … I think I would like to go back to the late 40’s and early 50’s when patriotism was high; times were relatively innocent; the streets of our cities were safe. I was a child then, but I would like to revisit those days as an adult. They truly were “Happy Days.”
If your life were a book what would the title be?
“She Did What?”
If you could meet any person alive or dead who would that be and why? (excluding the Lord)
I would like to meet Abraham Lincoln. As I wrote “His Steadfast Love” I gained so much respect for that man. He went against popular opinion to do what he felt was best for the country during the Civil War. God’s hand was obviously upon him.
What is your favorite part of writing a story?
After the character developments are done and the outline plotted, actually getting into the flow of the storyline. I am constantly amazed at what flows into my mind and through my fingers as I sit down to type.
What is the funniest, strangest, or most interesting thing you have learned when doing research?
Ummm – how much time do we have here? J I’ll stick to my latest book, “His Steadfast Love.” I don’t think I truly understood how devastated the South was by the Civil War until I got into reading about the battles, watching documentaries of the conflict. The South was virtually destroyed. People were starving, and their homes destroyed, sometimes simply for no reason. Now I can somewhat comprehend why it was so difficult for the South to recover, both physically and emotionally.
What is your favorite material item that you own (examples: ipod, Gone with the Wind book, grandmother’s rocking chair)
I have many sentimental items, and to pick one is difficult. However, if I had to center down on one it would be my brother’s class ring and his desk. He was killed in Vietnam in 1967, and those are precious to me. 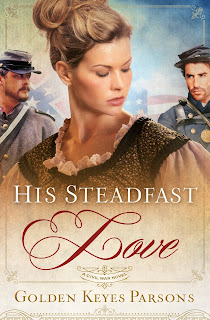 The Civil War—a defining time of great sacrifice, change, and betrayal which will determine the fate of the Nation. It isn’t until it comes into her very home that Amanda Belle must face impossible choices of love, loss, and loyalty.
It's the spring of 1861 on the Gulf Coast of Texas. Although Amanda never thought she would marry because of a promise to her dying mother to take care of her siblings, her attraction to Captain Kent Littlefield is undeniable.
When Texas secedes from the Union, her brother Daniel marches off to war to fight for the Confederate States, and Kent remains with the Union troops.
Her heart is torn between the two men she loves and the two sides of the conflict. When she turns to God for help, Amanda expects direction and support, but hears nothing. Is God listening to her anymore? Where is God in the atrocities of war—and whose side is He on?
Amanda senses her life is at a turning point. But she must trust God to bring her family through the chaos that threatens her home, her family, and the beloved state of Texas… with her heart, and her faith, intact.

Posted by Debbie Lynne Costello at 7:21 AM