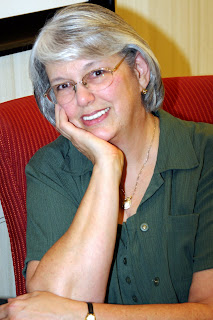 Connie Stevens lives within sight of the north Georgia mountains—her favorite place on earth. She and her husband of nearly thirty-eight years, John, are active in a variety of capacities in their church. One cantankerous kitty, misnamed Sweet Pea, allows Connie and John to live in her home. When Connie isn’t writing, she is reading, planting flowers, browsing antique shops, and collecting teddy bears. She enjoys making quilts to send to the Cancer Treatment Centers of America. Connie’s debut novel, LEAVE ME NEVER, was released in January. REVEALING FIRE is her second book. Visit Connie’s website and blog at www.conniestevenswrites.com

Connie is giving away a copy of her new release Scars of Mercy. So be sure to leave a comment to have your name entered in the drawing.
As authors, we like to get to know who our characters are before we begin writing the story. Without a deep understanding of their hopes and dreams, their goals and motivations, we can’t authentically bring them to life on the page. Regardless of how deeply we immerse ourselves in the characters, however, once in a while one will refuse to play well with others.
I first introduced Everett Behr as a secondary character in my book, REVEALING FIRE that was released in May. I could tell from the outset he was going to be one of those characters who would not willingly go along with the program. He was obstinate and rather demanding of his own way—not just with the other characters in the story, but with me also. Just when I thought I knew exactly the direction a chapter would take, Everett would poke his finger in my eye and start to whine that he wasn’t getting enough of the spotlight. I patiently (or not so patiently) explained to him that as a secondary character, he had to step OUT of the spotlight.
In my coming-soon release, SCARS OF MERCY, Everett is one of the main characters. If I thought he was contrary in Revealing Fire, he was downright ornery during the writing of Scars of Mercy. Sheesh!! He tried to hijack the story more than once, but I managed to keep him in line. While I was working on the last chapter, he decided to offer some “what if” suggestions.

Everett:  Hey, what if you gave me a reason to leave Willow Creek?

Me:  That’s not included in my chapter x chapter synopsis.
Everett:  But what if there was a distinct possibility that I might leave? How do you think that would affect Tillie?

Me:  I don’t know, Everett. Now get back on the page where you belong.
Everett:  I know I tried to make Tillie see how she’d be better off with Ben, but it’s a lot tougher than I thought it would be, watching the two of them together.

Me:  Well, you knew it wasn’t going to be easy. This was your decision.
Everett:  But if I had a reason to leave, I wouldn’t have to watch them fall in love with each other.

Me:  That’s not included in my chapter x chapter synopsis.

Everett:  Well, how would you feel if someone you loved fell in love with someone else? Wouldn’t that make you want to run away?

Me:  That’s not included in my chapter x chapter synopsis.
Everett:  You know I never planned to stay in Willow Creek anyway. What if there was a way I could return to Baltimore?

Me:  Everett!! You’re not listening. The chapter x chapter synopsis I sent to my editor does not include you leaving Willow Creek.

Everett:  But what are you going to do about this letter?

Everett:  The letter I received from Grandfather’s attorney.

Everett:  This job offer in Baltimore is pretty tempting.

Me:  What are you talking about? What job offer?
Everett:  Great opportunity, great pay, and I could sit behind closed doors and nobody would ever stare at me again.

Me:  Everett, I don’t like the sound of this. Do you realize what you’re suggesting? I’m almost finished with this story. In order to include this letter you’re talking about, I’d have to go back to earlier chapters and weave in this new thread.
Everett:  So why are you just sitting there? Get busy.

Me:  Let me see that letter.

Everett:  You have to write the letter.

Me:  You know, if you were going to make this suggestion, it might have been nice if you’d done so earlier.

Everett:  Hey, what do you want from me? I’m fictitious. (He tosses out his uplifted palms and shrugs) I could take the stage to Dubuque and board the eastbound train there.

Me:  Now just wait a minute. I’m the author. You’re supposed to do what I say.
Everett:  (tucking the letter into his vest pocket) I’m off to talk to my father about this letter. I need his advice.

Me:  And there he goes, and I must hasten after him, for I am the author… I think.

LOL! I love this, Connie. Now I'm dying to read your book! I can't wait until it comes out. Good thing it's right around the corner.

Everett Behr goes to great lengths to maintain his distance from people so they won’t stare at the disfiguring scars he sustained in a fire. He’s become adept at hiding in the shadows. A budding relationship with Tillie O’Dell eases his loneliness, but he is convinced she is only being gracious out of pity. Asking her to endure the humiliation of being with someone like him is out of the question.
Tillie sees Everett’s scars as noble and heroic since he put his own life in danger to save two others. In her eyes, his courage and compassion define him as a man of character, but persuading him to view his scars the way she does is more difficult than she imagined. How can she convince Everett his scars represent something beautiful to her?
If Everett can see himself the way God does, only then will he realize his scars are marks of mercy. Trusting in God’s enduring love, Everett finds a hiding place sweeter than any earthly device can afford, but has he destroyed any chance he might have had for happiness with Tillie?
CONGRATULATIONS Brenda! Winner of A Vision of Lucy by Margaret Brownley.
Be sure to leave your email address. Please check your junk mail on and the day after the drawing. I've had to redraw because of no responses. Subject box will have: winner of (book title). I'll email the winner and they'll have seven days to respond. If I don't hear back I'll draw another name. USA shipping only. Thanks so much and please stop back again! Drawing will be held Monday, July 18th. Offer void where prohibited. Odds of winning vary due to the number of entrants.

Posted by Debbie Lynne Costello at 7:14 AM