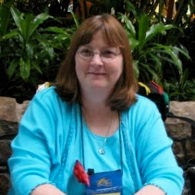 Answer one of Vickie's questions to be entered in a drawing for Vickie's new release Finally a Bride.
Vickie McDonough is an award-winning author of 23 books and novellas. Her books have won the Inspirational Reader's Choice Contest, Texas Gold, the ACFW Noble Theme contest, and she has been a multi-year finalist in ACFW’s BOTY/Carol Awards. She was voted Third Favorite Author in the Heartsong Presents Annual Readers Contest in 2009. Vickie is the author of the fun and feisty Texas Boardinghouse Brides series from Barbour Publishing. Watch for her new book this October. Long Trail Home from Moody Publishing. Also next year brings the release of another new series from Guidepost Books, Whispers on the Prairie, set in 1870s Kansas.
Vickie and her husband live in Oklahoma. She is a wife of thirty-five years, mother of four grown sons and grandma to a feisty five-year-old girl. When she’s not writing, Vickie enjoys reading, gardening, watching movies, and traveling. To learn more about Vickie’s books, visit her website: www.vickiemcdonough.com
How’s Your Texas Trivia?
People have asked me why I write so many books set in Texas when I live and was raised in Oklahoma. I’ve thought hard about my response, and I think there are several aspects.
1.  It’s the state I’ve most visited. There are so many interesting things to see and do there.
2. My grandpa was a Texan, so it’s in my blood.
3. When I was young, I watched all the cowboy shows of the late 1960s with my dad, and fell in love with the era and ruggedness depicted in those shows.

Finally A Bride, the last book in my Texas Boardinghouse Brides series released in April, but I’m hard at work on a new book, Long Trail Home. And yes, it’s set in Texas. In fact, I’m doing a 6-book series with two other authors, Susan Page Davis and Darlene Franklin called Texas Trails: A Morgan Family series. It’s a 50-year saga about the Morgan family and spans several generations and includes tidbits of Texas history. The first three books release this fall and the last three next spring.
While doing research on this series, I stumbled across a website that has old Texas Almanacs online. I thought it might be interesting if I shared some of the info that I’ve been reading about. Most of the information I’m sharing today came from the 1865 and 1867 Almanacs. Here is a link if you want to check
out almanacs of different years.

Texas was an independent nation from 1836 – 1845, and as such, it is the only state that can fly its flag at the same height as the American flag.
The state name Texas, or Tejas, was the Spanish pronunciation of a Caddo Indian word meaning "friends" or "allies."
Texas entered the Union on Dec. 29, 1845 and was the 28th state to do so.
Just 15 years later and exactly 150 years ago, after seceding from the United States, Texas was admitted into the Confederate Union of State on May 7th, 1861. It wasn’t until March 30, 1870 that Texas officially was readmitted to the Union, following the period of Reconstruction.
Texas is called the Lone Star State, not because of the Lone Ranger, but because of the design of the state flag: a broad vertical blue stripe at left centered by a single white star, and at right, horizontal bars of white (top) and red.

In 1864, the governor earned a salary of $3000. Other government officials earned from $900 to $1800 per year.
If you owned a billiard table on nine- or ten-pin alley, you would have to pay a $100 tax annually.
There was a $50 annual tax assessment on a dentist, but only a $10 one for a doctor.
State bonds were backed by the state’s cotton crop.
The Customs House reported at the end of the September 30, 1866 fiscal year, over 120,000 bales of cotton, a value of over $20,000,000, had been exported while only of 3,973 head of cattle totaling just over $79,000 had.
A wash for roofs was made from lime, rock salt, water, and potash. After processing. It was applied to a roof with a paint brush and said to prevent moss from growing, stop small leaks, and render the roof incombustible from sparks that fell on it.
The domestic rate of postage for a letter weighing less than half an ounce was 3 cents.

In the section titled: What Immigrants to Texas May Expect, item #2 states: If a man wishes to make stock-raising his business, he can have the pasturage of as many thousand acres as he pleases, without money and without price.

Other Interesting Texas Trivia:
The world's first rodeo was held in Pecos on July 4, 1883.
Sam Houston, arguably the most famous Texan, was actually born in Virginia. Houston served as governor of Tennessee before coming to Texas.
Caddo Lake is the only natural lake in the state.


Though most people think of Texas as cattle country, more wool comes from there than any other state in the United States.
The worst natural disaster in United States history was caused by a hurricane that hit Galveston in 1900. Over 8000 deaths were recorded.
Most people think of Texas as flat, but did you know it has numerous mountains a mile or more high, with Guadalupe Peak in West Texas at 8,751 feet being the tallest?
The last battle of the Civil War was fought on May 12-13, 1865 at Palmito ranch, Texas. It was a Confederate victory. 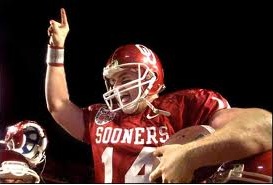 The University of Texas held its first class in 1883.
Since Oklahoma hasn’t even been a state that long, I find this fact interesting, and before you email me with complaints, yes, I know that’s not a picture of a Texas Longhorn player. But given the fact that I was born and raised in Oklahoma and a staunch fan of the Oklahoma Sooners football team, did you really expect one?
Go OU!
The 1850 census recorded 213,000 people in Texas. In 1900, there were three million people, and today, the population is more than 25 million.
El Paso is closer to Needles, California than it is to Dallas.
So, did you learn something? Researching a book can take a lot of time, but you can uncover some fascinating information. Do you know of any interesting Texas trivia that I didn’t mention?
CONGRATULATIONS Meredith. You won Revealing Fire by Connie Stevens!
Be sure to leave your email address. Please check your junk mail on and the day after the drawing. I've had to redraw because of no responses. Subject box will have: winner of (book title). I'll email the winner and they'll have seven days to respond. If I don't hear back I'll draw another name. USA shipping only. Thanks so much and please stop back again! Drawing will be held Monday, May 23rd.