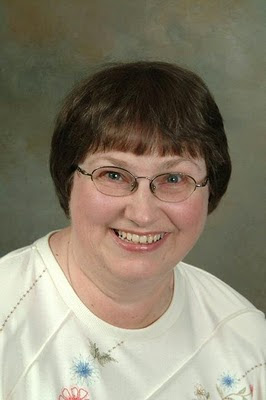 I'm pleased to have Susan Davis on my blog this week. She's giving away her new book, Gunsmith Gallantry. Be sure to leave a post to be entered in the drawing.


1) Where are you right now (LVR, DR, Bathroom) and what are you wearing? You have to tell the truth.

I’m in my office, which is a spare bedroom in our new house. I’m wearing denim shorts and a tank top.

2) Who's your one biggest fan/supporter of your writing?

Definitely my husband, Jim. He’s been terrific since I started writing fiction seriously in 1999. He’s a professional editor, and he reads all my work before it goes to my book editor. He also vacuums, and when I’m on a deadline, he’ll do research or grocery shop—whichever is more urgent.

3) What is your favorite time period to write in?

4) If you could be any character in any literary book who would you be and why?

Harriet Vane, who becomes The Lady Peter Wimsey. Sigh. Not sure I’d want to be arrested for murder, though.

5) Are you or any close family members in the characters’ personalities?

Not really. The major characters in The Gunsmith’s Gallantry began their lives in The Sheriff’s Surrender. They are an eclectic group of people living in a western boom town gone bust. I have some quirky family members, but this is not them.

6) When did you decide you wanted to be a writer?

I’ve always written stories, since I was a child. I wrote news and nonfiction for more than 20 years of my adulthood. In the summer of 1999 I decided I was going to BE a fiction writer, whether successful or not.

7) Did anyone inspire you to write?

Lots of people, but not one in particular.

8) If you could meet any person alive or dead who would that be and why? (excluding the Lord)

I would like to meet Jonathan’s armor bearer and hear his war stories. 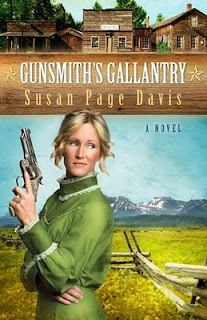 The shy gunsmith has problems—women problems!

Hiram Dooley’s sister Gert is about to leave him to get married—if Sheriff Ethan Chapman would ever propose; his sister-in-law, Rose, thinks Hiram should marry her, since they’re both widowed; and the woman he truly loves, Libby Adams, is blind to his regard.

Schoolmarm Isabel Fennel has a different problem—a man claiming to be her uncle came to town…and then disappeared. She’s afraid her father may have killed him and buried him behind the barn. Hiram helps the sheriff end a brawl at Bitsy Shepard’s saloon, and a mysterious stranger claims to be heir to a mining claim. The mayhem continues when Cyrus Fennel shows up with a black eye and tries to sell his land.


Be sure to leave your email address. Please check your junk mail on and the day after the drawing. I've had to redraw because of no responses. Subject box will have: winner of (book title). I'll email the winner and they'll have seven days to respond. If I don't hear back I'll draw another name. USA shipping only. Thanks so much and please stop back again! Drawing will be held Monday June 28.

Posted by Debbie Lynne Costello at 10:05 AM