The winner for Finding Jeena Book Giveaway is Esther! 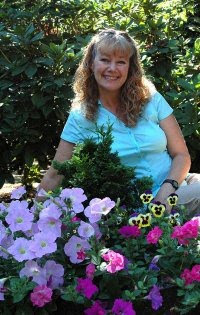 Welcome again Miralee. It's good to have you back.
I'm excited about your new book. Can you tell us about it and about the one that brought you to write
Finding Jeena?

Don't forget to leave a post to be entered in the drawing to win Miralee's new book, Finding Jeena. If you 'd like to have your name entered a second time, sign up to follow this blog and Miralee's blog. Once you have are a follower of both, I'll put your name in a second time. Mention following us in your post. Be sure to leave your email address. And you might want to check your junk mail, I've had two that said it went there. I'll send you and email and you'll have seven days to respond. If I don't hear back I'll draw another name. Thank you for stopping by. The drawing will end on the 26th and winner notified on the 27th.

When I started writing I thought I’d always pursue non-fiction—specifically, true stories from my own experiences that could be translated into life lessons. I’d had a few magazine articles published and a story in Cup of Comfort and felt comfortable with non-fiction. Then, a friend suggested I branch out into fiction as she felt I had the voice for storytelling. I disagreed. I couldn’t imagine creating anything beyond what I knew personally, but she urged me to reconsider, telling me to start with a story based on something I knew. 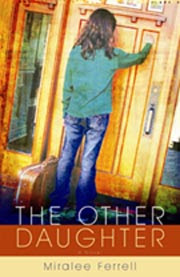 The Other Daughter was birthed from that conversation. Years earlier a letter for my husband arrived from an 18 year old girl claiming she was his daughter. It was a blow to us both and hard to take in. Prior to getting saved and starting to date me, he’d had a one night encounter with the young woman’s mother and knew it was possible. Once we got used to the idea it could be true, we investigated, and met the girl. Her baby pictures looked eerily similar to our daughter at that age, and her mother agreed to have a blood test to prove paternity. We chose not to go that route, as we felt the girl had been through enough and we decided to acknowledge her as his daughter. Tricia had lived eighteen years not knowing her father and we were willing to fill that empty spot in her life.

That encounter gave me the idea for The Other Daughter, only the girl dropped off on the couple’s doorstep in the book was thirteen, and her mother had recently died. The husband, David, was a Christian and the wife, Susanne, was not, so that was where the similarity ended. There were a number of things that were factual in the story. The two children of David and Susanne were drawn from our children and it was set in the area where we lived. Also, David and Susanne had foster children for years as did we. 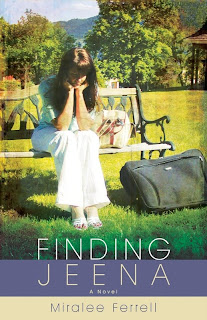 I decided to write Finding Jeena about three-quarters of the way through the writing of The Other Daughter. Jeena is a friend of Susanne’s who thinks she’s looking out for her interests by urging Susanne to leave David due to what she sees as his betrayal and dishonesty. Jeena means well, but she comes across as bossy and controlling, and she’s very antagonistic to anything Christian. Jeena demanded I tell her story. She didn’t want readers to judge her without understanding who she was, and why.

So, Finding Jeena hit the shelves two years later and readers can finally discover what made Jeena react the way she does. I think they’ll be surprised at some of the answers they find, and maybe learn a little about themselves and their own judgments, as well. I hope they’ll be ministered to and entertained for at least a few hours as they go on a roller-coaster journey with Jeena.

Please check your junk mail on and the day after the drawing. I've had to redraw before because of no responses. Subject box will have: winner of (book title). US shipping only. Thanks so much and please stop back again!

Posted by Debbie Lynne Costello at 7:09 AM